Remember that scene from The Shawshank Redemption:

Andy: 'How can you be so obtuse?'
Prison Governor: ‘What did you just call me?
Andy: ‘Obtuse, is it deliberate?’

Just a few examples of obtuseness (to say the least) in the UK from this week alone.

Earlier this week it was reported that the Spice Girls are urging us all to support the Prime Minister Theresa May thus: ‘We don’t have to agree on politics, it’s bigger than that. You can just support a woman doing the best she can and that’s it.' My response to this, as I noted on twitter, is at least threefold.

I write letter after letter to @BBC complaints and to newspapers (sometimes published, sometimes not). This week I have visited the BBC complaints page twice.

‘Please just answer one question. How is it acceptable for Emily Matlis on Newsnight to ask Conservative MPs, if they "will fail the country and let Jeremy Corbyn into number 10?" I am at a loss as to how you can possibly deny the bias here and await your response with interest.’

‘That Claire Perry MPs slanderous comments about the Leader of the Opposition went unchallenged by the chair and/or was not cut out of a pre-recorded programme surely means that the BBC has broken its’ own editorial guidelines and is therefore complicit in said slander?’

I have written to the BBC several times before and have always received replies including at least one of the following: 'we are not biased ' / 'we criticise the Tories too' / 'you don't understand' / 'you are wrong'. I've had them all. On the occasions I question their response they invariably say 'we have nothing to add'. They even did that when, expecting it, I explicitly asked them not to!
(https://arwenackcerebrals.blogspot.com/2018/04/grieving-for-bbc-and-mainstream-media.html)

Today I received a reply regarding complaint No 1 proving that I’ve clearly missed my vocation as a fore-teller of the future:

It’s clear you felt the interview with Dominic Grieve displayed a bias against the Labour Party and revealed a personal opinion on the part of the presenter. A week earlier Mr Grieve had stated that the needs of the country came before any Party political interests. The question posed here by Emily Maitlis in no way suggested a personal opinion, rather it’s a standard technique to challenge someone with what their opponents and critics would say. The value of this is in teasing out a response to the counterpoint, leading the interview on through a dialogue which considers the wider political spectrum. The presenter has to assume a Conservative MP would not want to see a Labour government elected and it would, therefore, be a failure on their behalf, and those who elected them, if that were to happen. Please be assured your comments have been shared with the programme team and senior BBC staff.

Despite all this I honestly believed that the following tweet by Andrew Neil (who despite being heavily criticised for his recent offensive, sexist tweet about fellow journalist Carole Cadwalldr has not yet apologised) was from a parody account:

Following the presentation of a Brexit deal that has been roundly criticised by the Opposition and her own Party (although when it comes to the crunch it will be interesting to see if the term ‘Tory Rebels’ remains the misnomer it has up until now) the dominant narrative seems to be how 'brave', 'honorable', and 'resilient' Theresa May is. There is SO much I could write in response to this – not least with reference to the Windrush generation, justice for Grenfell, the cut in public sector workers (and their pay), 1950s women and their lack of pension, an NHS and education service in crisis, and more...  – but for now I’ll just provide a few quotes from Philip Alston, the UN Poverty Envoy (reporting today following a week in the UK):

‘Despite being the 5th largest economy in the world, there are 14 million people in poverty & 1.5 million are destitute. Frankly, the levels of child poverty here are staggering. MPs are in denial.’

‘Despite insisting austerity was necessary, the truth is that there haven't been many savings at all. . . . The motivation has not been to create a more caring system. The motivation is very clearly ideological.’

‘The actions of the DWP have been particularly damaging for women. Indeed there is a link to an increased risk of domestic violence. The ministers say well 'if the woman is struggling she should leave.' This process/attitude has to end.’

There is much more. See, for example, a twitter feed (to which I credit the quotes above) by @JackDunc1 and the following articles (so far):
https://universalcreditsuffer.com/2018/11/16/youre-on-your-own-un-in AND
https://skwawkbox.org/2018/11/16/un-rapporteur-alston-govt-policies-could-have-been-designed-by-misogynists/

See also this by Steve Topple for some background to the visit:
https://www.thecanary.co/opinion/2018/11/14/the-guardians-coverage-of-the-un-visit-is-pathetic/

Yet more evidence, of #DestitutionByDesign from a Prime Minister and a Party clearly #UnfitToGovern
(see also: https://arwenackcerebrals.blogspot.com/2018/07/let-them-eat-chips-destitution-by.html)

And yet how do the media respond?:

NB: I've already written this week of another example I could have included here: i.e. the focus on the LOTO's choice of clothes and his poppy rather than @UKLabour's pledge to veterans:
https://arwenackcerebrals.blogspot.com/2018/11/cloaks-coats-and-other-things-that.html 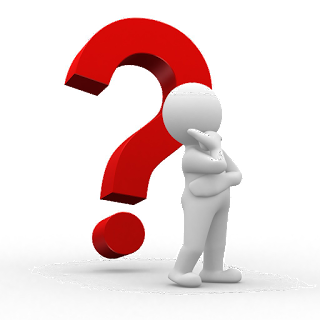 Me: ‘How can you be so obtuse?

The MSM, the Prime Minister, the Government, various celebrities and others: ‘What did you just call me?

Me: ‘Obtuse, is it deliberate?’

SO IT WOULD SEEM.

I, along with many others that I know of, received a reply from the BBC complaint No 2. It included:

Thank you for contacting us with your concerns about the edition of Question Time from Milford Haven.

We have received a range of feedback about this edition. To allow us to reply promptly to your concerns, and to ensure we use our Licence fee resources as efficiently as possible, we’re addressing here a range of issues which viewers have raised. Our complaints process allows us to offer a consolidated reply like this when necessary. We’re sorry that we can’t reply personally to you on each point which has been made. Please be assured that your reaction has been accurately shared with the programme makers, as well as senior staff.

The comments from Claire Perry MP regarding the Labour leader provoked a strong, mixed reaction from the studio audience. David Dimbleby controlled the situation by bringing her back to the point she was asked about, and asked her to make it in full. David then ensured that Barry Gardiner MP, a close ally of Mr Corbyn, was given an equally clear opportunity to challenge the comments. Mr Gardiner addressed the ‘very personal’ remarks about Jeremy Corbyn as he wished, and in full. ….

This reply, and the others I have previously received, make it clear I think that not only are there problems with the BBC in terms of their political ‘reporting’ but there is also a significant problem with their complaints procedure. There is never any admittance of a mistake being made, never an apology, never a ‘you said, we did/will do’ response. Never even an 'umm maybe we should think about this given the amount of response we have had.' The arrogance is nothing but staggering. I may have been ‘assured that your reaction has been accurately shared with the programme makers, as well as senior staff’ BUT I am not at all reassured. #BrokenMedia

[If you haven’t get please listen to Topple Uncaged for similar discussion on #Newsnight and other news last week https://www.thecanary.co/podcasts/2018/11/18/canarypod-topple-uncaged-1/]