More About and From Dad | Thoughts and Writings

I've been looking through some more of my father's writings and came across 20 or so pages of a piece of  'work in progress'. He hadn't decided on a title - A Book of Thoughts being one option and For Those in Peril another. Although not a church-goer (of any denomination) my parents both had a strong faith and in this writing my dad engaged with his beliefs and other issues that he felt strongly about; an auto/biographical endeavour then.

He wrote down these thoughts towards the end of the 1970s at the latest, very possibly earlier and it's important, I think, to read the extract below with that in mind. Having said that there's a lot that's relevant to living in the world today.

So many sights to be seen, so many things to be done.
In this world of ours.
To live a life of uninspired existence is an insult to one's very being and a slap in the face of God.

Who can walk through the birth of an English morning, without the mist in the hollows, the gentle light touching the land, and the awakening song of the birds bringing a touch of tranquillity to the soul?
Who can drift up the Bramputra (sic) at the eve of night, with the air thick with the heat of day, the vivid-green creepers of the jungle trailing in the water, and the day-sounds dying and the night-sounds not yet awake, without wonder at this planet of contrasts?
Only a zombie!

Who can stand on the brink of a ravine, with the sandstone gash like a mortal wound in the face of the earth, and the mountains rising green and brown and grey and white until the sky is almost hidden by it all, without grandeur and insignificance fighting for supremacy?
Only a zombie!

Or look upon the smile of a baby without gentleness touching the heart?
Or stand at the edge of the sea, and seeing the horizon, feel solitude?
Or cry when sorrow bites deep, or happiness sweeps everything else away?
Or fail to live a full life with joy, experiencing every moment as well as every day?
Only a man who is not yet awake,
A zombie!

To be awake -
Is not to open the eyes,
Or to come alive to the day after night,
Or to move from dream to reality.
For reality is not that which is around you,
But is that which is within.

To be awake -
Perchance to Dream,
Of wondrous things,
And glorious deeds,
. . .

Those in peril are the members of the human race.
Every single being who lives and breathes in the future.
For they can be destroyed.
By their own hand.
Man (sic) holds the key to obliterate his very existence,
And to destroy the planet upon which he lives.
He can wipe the results of his own scientific advancement,
His own folly?
Of course!

Thanks so much for reading. Good wishes for 2016.

Gayle
Posted by arwenackcerebrals at 12:58 No comments:

My own love of reading and of books was first, as is the case for many, encouraged by my mother (Dorothy) and father (Ron). My dad was a writer as well as a reader and in his 45 thousand word memoir, which he finished not long before he died in 1979, he recounted buying his first book; a hard-backed version of Treasure Island from Woolworth’s for sixpence (2 1/2p). Good at woodwork he made a small bookcase for an end-of-term examination and filled this and many others, many times over (his taste eclectic) over his life. Writing about his late teenage years my father wrote ‘I was never without a book in my pocket and every spare moment would be used to get through a few more pages’ (Thornton unpublished: 15).

In addition to his memoir my dad wrote a children's novel and a couple of children's stories; devised a TV quiz show; planned out a novel for adults and wrote several short stories also for adults. He didn't publish all of this but had moderate success with his short stories -  The White Lady of Coombe Dinton; The Severed Hand; The Black Jacket and others   -  most of which were published in the early 1960s.

He was a great storyteller, or at least I thought so; my favourites including a series of tales about the adventures of Tipperty Tapperty Sam; a gnome who lived under a bridge and mended doll's house furniture for a living.

There were less books in the home of my mum's family of origin but she loved to read too and she told me how she spent the first couple of years of married life working her way through my dad's collection of classics, science fiction, mystery, adventure and other yarns and stories.


Like both my parents I have always read widely and I have been fortunate in my career as a sociologist to have the opportunity to write about my research experiences and scholarly interests (more to follow in future blogs). Following the usual childhood creations I have always wanted, like my dad, to experiment more with fiction and memoir. But until recently I had no ideas about what to write. Following the death of my husband John (who read on average a novel a day) early in 2010 I suddenly had a few ideas, and even more following my mum's death in 2012. Not surprisingly perhaps many of my early (and some of my current) attempts are grounded in, or relate to, my own life; early experiences, reworking of family events and challenges told to me by my parents; adult adventures and engagements with loss. Some of these, and others which relate specifically to research data I have collected,  I have included in recent academic writings, acknowledging that so called fact always includes some fiction and the inspiration for fiction often comes from fact. I am also beginning to explore memoir writing which relates to my academic interest in sociological auto/biography (again more of this to follow on further occasions).

Thornton, Ronald (Unpublished) Memoir of a Life (Journeys and Changes ‘A Chronicle of Events)
Posted by arwenackcerebrals at 01:09 1 comment: 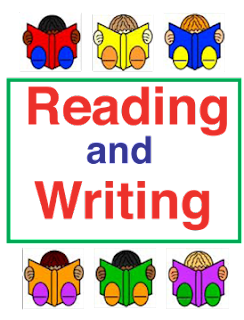