Not such a 'silly' season | anxiety, action, reaction (#ChangeTheMedia) 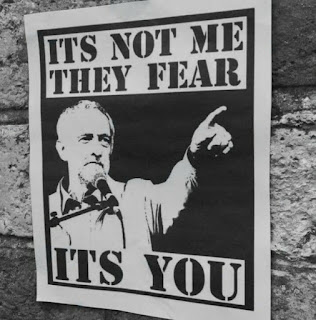 I haven’t written much lately, not for this Blog any hows. In the last month or so I’ve been concentrating more on building my twitter account and amongst other things I’ve been tweeting about #MediaBias and Labour’s focus on the need to #ChangeTheMedia - see for example https://skwawkbox.org/2018/08/22/breaking-corbyn-plans-huge-media-shake-up-when-in-power-changethemedia/

[Before going any further I should just say how much I appreciate the hashtag # as a way of sharing and archiving ideas.]

My interest in this issue is not new as I’ve been increasing concerned about mainstream media bias and what we might do about it (there are plenty of examples on this Blog, the most recent being http://arwenackcerebrals.blogspot.com/2018/04/grieving-for-bbc-and-mainstream-media.html ).

Last week, following much critique of Chanel 4's The Last Leg’s recent series of 'jokes' about the the Leader of the Opposition, and those who support him and his policies, I tweeted (in response to @Antonineone1):

Apparently John Simpson is ‘fed up’ with complaints directed at the BBC. Agreeing as I do with @mac123 I remain unmoved by Simpson’s concerns:

Despite it being, the supposed ‘silly' season, this summer (despite a lack of attention to it) the following (and more, much more) has not gone away:

All evidence that #AusterityDoesntWork. Which plus the need for #Justice4Grenfell and the continued plight of the #WindrushGeneration highlights just how the Conservative/DUP government engages in #ConsciousCruelty, even #DestitutionByDesign each and every day: e.g. see http://arwenackcerebrals.blogspot.com/2018/07/let-them-eat-chips-destitution-by.html 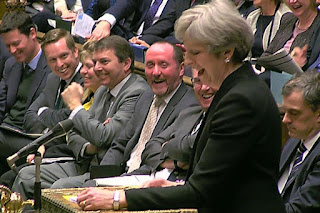 All whilst they laugh, not WITH us BUT at us. 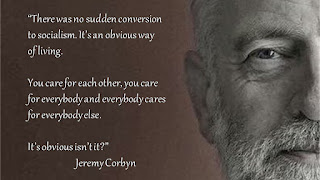 ***
It is not just my busyness on twitter that has stopped me writing more substantial pieces this month. Rather it is my feelings of anxiety, which sometimes spur me on and other times get in the way. Two years ago when much of my Blog, and some of my fiction and memoir, writing turned P/political I wrote about this:

I have spent much of the summer feeling what my mum would have described as ‘churned up’. My finger nails are the most chewed they have been for years. My usual irregular midlife sleeping patterns are more disturbed than ever and I’m crying rather more than I usually do. Recently I took part in one of the social media polls that most of us come across every day. I answered the ‘Has the current Labour leadership election affected your mental health?’ honestly opting for ‘A lot’. Although, like many others, I get angry and upset by what I see as private and public injustices I’ve never thought of myself as a particularly anxious person. The almost constant mental and physical unease I have experienced for the last couple of months or so is very new to me.
http://arwenackcerebrals.blogspot.com/2016/09/stomach-churns-and-chewed-nails-summer.html

Two years on my anxiety remains and it doesn’t look like getting any less anytime soon. Sometimes it’s not so bad as that which I felt two years ago, on occasion it is worse. Even some of the nights I do sleep well my emotional distress is obvious:

Lately an increasing number of my dreams have been emotionally and physically violent. In them I (and sometimes others close to me) are experiencing attack – most often verbal, but occasionally physical – sometimes by unknown others, sometimes by people I know (folk who would never, ever treat me this way in ‘real’ life). In one particularly horrid dream I was both peed on and shouted at. Upsetting as these have been the most recent in the series was perhaps the most disturbing to me. It is I was heavily pregnant (eight months at least). I’m 59 years old and my one and only (to my knowledge) pregnancy ended in miscarriage over 30 years ago. And yet the pregnancy was no surprise to my sleeping self. The dream was complicated with lots going on with the pregnancy being just one aspect, rather than the focal point, of it. Towards the end the pregnancy became more significant and just before I woke I realised that the baby in my womb had stopped moving and the anxiety I experienced was intense....

If pregnancy in a dream represents... looking forward to, or worrying about, new beginnings of some kind ... concern over the status of a pregnancy/pregnancy loss surely indicate fear that ones desires will not happen. So as I said, it feels appropriate to reflect on the political significance of these dreams. The need for change, the fear of it not happening....
http://arwenackcerebrals.blogspot.com/2018/06/night-dream-believer-foodpoverty.html

I try, and am able, most of the time, to manage my anxiety by doing, being active, including political action; reading, writing, learning, online and face-to-face activism, voluntary work. My current anxiety, which I know I share with many others and I'm finding hard to cope with, is prompted by (despite the so, so obvious and prevalent inequalities and injustices in our society and across the world) the constant attack on the Labour Leader, Jeremy Corbyn – who various loud voices would have us believe is everything from ‘boring and uninspiring’ (despite apparently also leading a ‘cult’ of ‘foolish (not least) socialists’) to our ‘biggest threat to national security’ (despite having campaigned for peace all of his life).

So concerned are people to make the smears and slurs stick they themselves fall into the hateful prejudice they are accusing the LOTO of as Michael Rosen points out here:

Of course any suggestion that the summer of attacks is in any way an orchestrated attempt to ‘bring down’ the Labour Leader because of #LaboursVisionforBritain (and the world) #forthemanynotthefew has only led to an exaggerated attack on those (with respect to our intelligence and our morality) that support @UKLabour and #JC4PM. As I tweeted recently (in response to the argument that Jeremy Corbyn is ‘boring and uninspiring’):

Furthermore, in a good chicken and egg circular argument, any defence by those being maligned in this way is often taken to a) prove the point of the accuser and b) indicate a naïve acceptance of conspiracy theories. As Des Freeman (Professor of Media and Communications at Goldsmiths, University of London and author of The Contradictions of Media Power, 2014) writes:

What is being proposed here is that anyone who suggests that there is a concerted attempt to delegitimise Corbyn and the left has fallen victim to the dangerous allure of conspiracy. This is a form of political gymnastics that involves the downgrading of agency and ideology and the celebration of ‘common sense’ and merry coincidence; it is about the attribution of dodgy machinations to your opponents but only the purest motives to yourself.
https://www.opendemocracy.net/uk/des-freedman/in-defence-of-conspiracy-theory

Following #GE2018 for a very short time the mainstream media (MSM) (or at least some within it) displayed a little humility for their snarky, sneering at those of us who worked, and voted for, Labour at #GE2017. For at least a little while they seemed interested in, curious about, the rise of a political mass movement; a growing group of people who think about politics for much more than the apparent average of four minutes a week. That this curiosity did not last, that the focus is SO, SO skewed (after little or no media coverage of Theresa May for weeks today the SKY headline is ‘Moves like Theresa: Prime Minister dons her dancing shoes on visit to Africa’) not only shames the profession but has negative consequences for ALL of us. My anxiety here is not only focused on the very many material and social inequalities and injustices I see all around me but extends, given the acknowledged rise of the far right (https://www.theguardian.com/world/far-right), to a fear for our safety. Just now, I fear for the Labour Leader, for as the attacks continue so do the death threats. Yesterday I (and many others) complained to change.org about their libellous and inflammatory petition calling for Jeremy Corbyn to ‘go’. Some of the comments in the reasons for signing are chilling and should frighten any decent person. Furthermore, as Tom London writes:

Social media, like the world in general, can be a nasty place to inhabit, but it can also be a place where we challenge and question, learn and debate, and get and give support from and to others: #SocialistSunday, a recent initiative, aiming to build a network and to highlight #socialistpolicies being just one example of this:

Just yesterday I read an article (I’m not prepared to share it) that stated that I, alongside thousands of other Labour Party Members and millions of Labour voters, am part of a ‘hate group’. My response has been to write this piece to reiterate my support for a Party and a Leader that wants a better future #forthemanynotthefew.

And to end where I started #ChangeTheMedia
Posted by arwenackcerebrals at 08:58 No comments: