Suffer little children, and their mothers and fathers ... 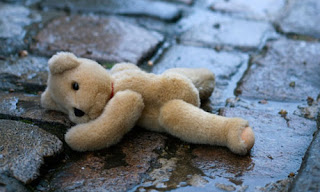 More than half a million children were given up for adoption at a time when “unmarried mothers” were often rejected by their families and ostracised by society. Adoptions were generally handled through agencies run by the Church of England, the Roman Catholic church and the Salvation Army. Many of the women who have since gone public with their stories say they were pressured to give away their babies. These women suffered a terrible injustice and it should not be forgotten or ignored . . .

Jill Killington, 68, told the Observer: “I was never asked whether I wanted to go ahead with the adoption. It was a fait accompli. “Nobody gave me any information about support or benefits, even though these would have been available at the time.”

Veronica Smith, 77, said: “No one ever said I could keep [my baby].”
https://www.theguardian.com/society/2018/jun/10/mps-demand-apology-for-unmarried-mothers-forced-to-give-up-children

In the last few days, like many others, I have been horrified and distressed, by the reports of children being separated from their parents (and then held in cages) at the US border:

On Sunday, a day we as a nation set aside to honor fathers and the bonds of family, I was among the millions of Americans who watched images of children who have been torn from their parents. In the six weeks between April 19 and May 31, the Department of Homeland Security has sent nearly 2,000 children to mass detention centers or foster care. More than 100 of these children are younger than 4 years old. The reason for these separations is a zero-tolerance policy for their parents, who are accused of illegally crossing our borders. . . .

Our government should not be in the business of warehousing children in converted box stores or making plans to place them in tent cities in the desert outside of El Paso. These images are eerily reminiscent of the internment camps for U.S. citizens and noncitizens of Japanese descent during World War II, now considered to have been one of the most shameful episodes in U.S. history. . . .

Recently, Colleen Kraft, who heads the American Academy of Pediatrics, visited a shelter run by the U.S. Office of Refugee Resettlement. She reported that while there were beds, toys, crayons, a playground and diaper changes, the people working at the shelter had been instructed not to pick up or touch the children to comfort them. . . (Laura Bush, writing for the Washington Post)
https://www.washingtonpost.com/opinions/laura-bush-separating-children-from-their-parents-at-the-border-breaks-my-heart/2018/06/17/f2df517a-7287-11e8-9780-b1dd6a09b549_story.html?noredirect=on&utm_term=.cdca5f85f180

If that’s not enough listen to this:

Children thought to be aged between four and 10, and recently separated from their undocumented immigrant parents, can be heard crying as an agent jokes, "We have an orchestra here." https://www.bbc.co.uk/news/av/world-us-canada-44503978/the-sound-of-migrant-children-separated-from-parents

Not surprisingly all of this has led to, the already strong opposition, to President Trump’s July UK visit - https://www.facebook.com/events/144340712883728/

@jeremycorbyn:  It’s tragic and shocking to see innocent children caged like animals at US migrant camps and to hear their cries of anguish after being forcibly separated from their parents.

It’s immoral and goes again fundamental human rights we must always respect, no matter the situation.

@GeorgeMonbiot: The man who broke these children’s hearts is not welcome here. @theresa_may show some spine and withdraw his invitation. Or you become complicit in their grief.

When you shake hands with someone who commits atrocities, you lend him your support, and he lends you his ill-repute.
Trump is not welcome here.

The strength of feeling in support of these views, coupled with the cross-party support for acknowledging the injustice done to mothers in the 1950/60s (as reported above), might suggest a human rights focused government response. And yet if the following (from a Blog by John Hopgood on behalf of Bail for Immigration Detainees (BID), an independent charity that exists to challenge immigration detention in the UK) is any indication we will likely be waiting a long time:

Last year [2016] the UK detained more than 32,000 people under immigration powers. In the last 12 months alone, BID provided legal advice and assistance to 137 parents who had been separated from their young children by immigration detention. . . .

Fighting an immigration case – with the power of the state against you – has never been simple. Yet successive government reforms have been directed at making that task even more challenging. The right to a family and private life is enshrined within the European Convention of Human Rights under Article 8. But UK governments have sought – with some success – to erode that right by imposing increasingly hard – ‘hostile’, in the words of the then Home Secretary Theresa May – conditions on immigrants. https://www.law.ox.ac.uk/research-subject-groups/centre-criminology/centreborder-criminologies/blog/2017/02/fractured

And more recently with reference to her recent visit to Yarls’ Wood, and in response to Carole Nokes MPs’ determination (as Immigration Minister) to “look at what the alternatives to detention are”, Caroline Lucus:

@CarolineLucas: Based on my harrowing visit to #YarlsWood detention centre yesterday, during which I spoke to over 100 women detainees, I would say the alternative is pretty obvious, @carolinenokes: treat people as human beings, and don’t detain them. #SetHerFree

The UK is the only country in Europe where people can be detained indefinitely on the say so of an immigration officer. If other countries can do without such a draconian system of arbitrary detention, why can’t we, @carolinenokes? #SetHerFree

Yet more evidence of the government’s #HostileEnvironment in action.