Dear Mrs May | 'deeds not words'

To mark the date this year I've written the following letter sent by email and copied to Jeremy Corbyn MP.

Apologies for using your constituency email but the No10 email form restriction of 1000 characters does not provide enough space for me to outline my concern. I have however sent an abbreviated version of this letter to https://email.number10.gov.uk/.

At Prime Ministers Questions yesterday you accused the Leader of the Opposition of ‘mansplaining’ when in introducing a question focusing on women’s rights and the abuse of human rights in Saudi Arabia he noted that International Women’s Day (8th March) is a day not only to reflect on how far we have come but what there is left to do. Misusing, as you did, such a term as mansplaining undermines the times when it is necessary to remind men not to ‘explain (something) to someone, typically a woman, in a manner regarded as condescending or patronizing’ and may also silence open discussion and debate, between us all, on issues of gendered (and other) in/equalities. As a feminist sociologist who has spent more than thirty years concerned with how gendered representations, expectations and in/equalities impact on women’s and girls’ (and men’s and boy’s) life choices, chances and experiences I cannot emphasis enough how important it is to welcome men who join us in dialogue and who want to work with us towards positive change.

Sadly, as a Conservative government has twice demonstrated, having a woman Prime Minister does not necessarily mean that the experience of women and girls in general, or even women in Parliament, is improved. Boldly reclaiming the status of being ‘a bloody difficult woman’ (4th March) and incorrectly (in my view at least) calling Mr Corbyn out for ‘mansplaining’ (7th March) on your twitter account is more than insulting from a PM that presides over a government that is comfortable with, promotes even, significant gender inequality and injustice. There are many, many examples I could give but restrict myself here to just a few from the last seven days. On the 2nd March the Home Office wrote to women on hunger strike at Yarl’s Wood Immigration Removal Centre informing them not only that their cases would not be halted or delayed by the protest but that it “may, in fact, lead to your case being accelerated and your removal from the UK taking place sooner”. Yesterday we heard that the Labour Party has had to force ministers to bring various polices (including cutting free school meals for a million children who need them) to the House of Commons for a vote next week. Add to this your shamefully warm welcome to crown prince Mohammad bin Salman and your current pledges and promises for women and children, for all humankind, plus your ‘feminist’ pronouncements, as ever, ring hollow. 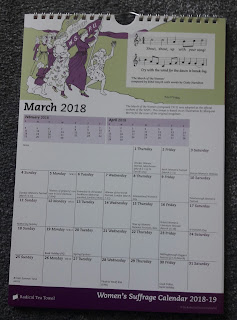 I look forward to your reply