Soundbites and Humble Pie: The 2017 (alternative) Great British Menu Banquet | A Small Morsel of a Story

This year’s Great British Menu Banquet, in recognition of the austere times in which we live, was only two courses; a main and a pudding. On the positive side, at least as far as some were concerned, instead of a sit-down affair in a posh indoor venue, the food was served to, the many not the few, in Albert Square, Manchester. The earlier proposed site, a field of wheat in Sussex was easily rejected as too naughty a suggestion given both the likely upset to farmers and the inaccessibility to anyone other than the elite.

Given the size of the crowd and the diversity of the diners the first course, comprised a selection of bite size morsels in the hope of covering all tastes. Served on the right side of the square there was meat, fish, vegetarian and vegan pastries with gluten and nut free options available. By negotiated mutual consent, which took a while, the preparation and cooking was coordinated, by two chefs. Given the excessive cost this entailed it was especially disappointing that the results dashed all expectations. Over-confidence maybe given pervious praise and popularity or perhaps a sense of entitlement as cooks with similar abilities had regularly and recently been successful, especially with older connoisseurs. In sum the compromised menu was weak and the responding national interest wobbly. The spinach and mozzarella filos proved to be anything but strong and stable and the parsnip, prune and pepper tart was overwhelmingly agreed to be a coalition of chaos, which despite the supply received little confidence. Still, at least no one suffered food poisoning. Just as well given that NHS and other public service personnel are overstretched in the city, as across the nation. 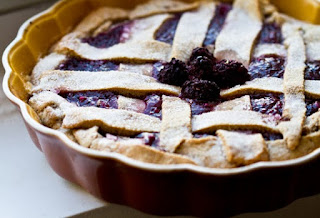 The much anticipated dessert, which the feasters turned to the left of the square to receive, was the brainchild of a chef hailing from North Islington, the winner of the London heat who continues to attract support from all over the country. An unexpected hero this one which, pardon the cookery pun, left egg on the faces of quite a few. Although many, including some previous sceptics, ate with relish, returning for a second helping of pie others remained unbowed. The reluctantly humbled ate what was offered but clearly found swallowing difficult whilst a number who had long denied the skills of the candidate refused to try more than the smallest morsel. Believing themselves to be culinary experts beyond critique they stuck to their previous bias; ‘he won because the others were so bad’, ‘the judges only voted for him because they thought he wouldn’t win’ and such like. Some refused the treat altogether, preparing to stick to their prejudices, believing the unwarranted judgements and smears perpetuated through various media.

Event over, organisers, judges and participants would normally give little thought, time and attention to the ingredients necessary for a win next time. Just now though there appears to be appetite for another contest, which might be sooner than we think.