I love words, reading them, writing them, hearing them. And yet, some words become troublesome in their usage. In my sociological work I have been often concerned with the use of the words normal, natural, real and pretend. My examples below relate to the status and experience of mothers, fathers and families but similar comments could be made when discussing issues such as dis/ability, sexuality, sex and gender and so on.

Defining some human conceptions as natural and particular births as normal means that others (often those enabled by low level or more significant technology of some sort) are considered unnatural and abnormal. Similarly, some ‘instincts’ to parent are considered natural, even inevitable, whilst others are not. Those who do not have the desire to mother or father may be considered to be denying and defying the natural individuals whereas those that parent outside of expected social, economic and sexual circumstances are viewed by some to be living in abnormal (or pretend) as opposed to real families (remember Section 28, Section 2A of the Local Government Act 1986 (England, Wales and Scotland) which stated that the ‘acceptability of homosexuality as a pretended family relationship’ should not be ‘promoted’ through the education system). And how many times have you read a newspaper or magazine article or watched a TV programme focusing on a man or women searching for their real mother and/or father? Social (adoptive, foster, step) parents, like all parents, may or may not parent well, but whatever their qualities or not, those that wash, clothe, feed, care for, socialise, 'bring up' children are just as real as those that provide gametes towards the creation of, or carry and give birth to them. Technological advances and social agreements concerning such things as sperm and egg donation and surrogacy add to the need to take care when describing the status - as normal or not, as real or not - of those that parent and those that do not.

Recently, and with reference to discussion about and description of individuals and groups within society, I’ve become equally exercised by the use of the words ordinary (which ironically is defined as ‘with no special or distinctive features; normal') and extraordinary (defined as 'very unusual or remarkable'). I do not intend here to get into a debate about the future of the Queen's Honours system, although, like others I am quizzical, at the very least, about the honours given to political party donors, to serving politicians and civil servants (including those working in a Department of Work and Pensions that increasingly appears to be punishing those most in need), and to those who style the hair of prime ministers and their life partners. Rather, what interests me here is the way in which the honours' recipients are described. In her annual Christmas day speech the queen spoke of being inspired 'from meeting ordinary people doing extraordinary things: volunteers, carers, community organisers and good neighbours…’ Such description continued in news coverage of the New Year’s Honours with references being made to ‘ordinary people’ alongside more well-known politicians, sportspeople and those who work in arts and entertainment. But, and I have no intention here to deny the skills and achievement of Mark Rylance, Jessica Ennis and similar others, aren’t these individuals ordinary also? Don't they eat, sleep, watch TV, sing in the shower, enjoy a night out with their mates, and (I'm thinking now of that intimidating interview panel too) use the loo just like every other living person? So rather than being extraordinary people having to do ordinary things, aren’t they, just like most, if not all of us, ordinary people capable of extraordinary actions? Some honours are awarded for philanthropic activism as well as, or instead of, physical, material or political achievements to the famous and to the ordinary. But there are many, many other extraordinary ordinary people whose invaluable work will never be noticed or recognised in this way and there are those whose acts of kindness are quietly undertaken. I’m thinking here, not least, of the children who spent their birthday money to buy food for those living in one of the buildings taken over by Dublin homeless activists this winter and the many acts of generosity by George Michael that most of us only heard about after his death. 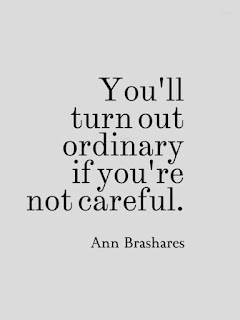 The prime minister has repeated told us (most recently in her New Year’s message) that she intends to do more to secure a better deal for 'ordinary working people'. Aside from the weeping irony of such statements made by the head of a government in a country where there was a 15% rise in child homelessness in the twelve months between December 2015-2016; plus significant increases in zero hours contracts, benefits cuts and food bank usage (by those in and out of work), the incorrect, frankly offensive, implication here is that the 1% of the population who are more successful, more famous, and richer (either through inheritance or effort) are in fact inevitably, naturally; extraordinary and remarkable.

This week we reached Fat Cat Wednesday (4th January) the day in 2017 by which the UKs top bosses earned more than the average worker will earn (£28,200) by the end of December. Reading about this I was reminded of the title track on the mid-1980s album by Irish folk singer Christy Moore. Ordinary Man (written by Peter Hames) tells the story of a factory worker who after losing his job struggles to survive whilst the owner continues to live in luxury. In 1985, as the song reminds us, there was 'one law for the rich, one for the poor'. 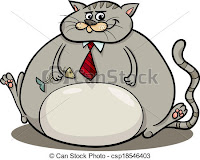 (Listen to it here https://www.youtube.com/watch?v=LIh5dUOz824).

Despite assurances to the contrary nothing much has changed.