Evidence, what evidence? Experts, who needs them? Teachers, teaching, and other responsibilities and concerns | #VoteLabour3rdMay

Teachers on child poverty
Earlier this month (April 2018) a survey released by the National Education Union (NEU) and the Child Poverty Action Group showed school staff reporting a significant rise in poverty amongst pupils. 87% of respondents said that poverty was affecting their students’ ability to learn and 60% noted that the effect of poverty on low-income school children had worsened since 2015.

“The level of child poverty teachers and school staff are witnessing on a daily basis is having a dreadful effect on the life chances and education of far too many children and young people. It is shocking that in one of the richest countries in the world we have children without appropriate clothes or shoes, who go hungry every day, who cannot afford sanitary protection or who have no stationery to do their homework.…."

"Our Government cannot continue to preside over such inequality and misery."

Respondents believe that poverty is damaging children’s education and describe the daily critical situation of poor pupils as “heartbreaking.” Adding that:

"... children are turning up at the school gates showing visible signs of poverty, such as grey skin and poor teeth, hair and nails…. pupils putting food in their pockets to take home because they’re not sure if they’re going to get another meal that day”.

Over half of those surveyed [900 heads, teachers and school support staff, all members of 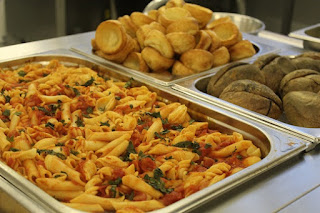 the NEU] (53%) said that at least once a term they personally provide school equipment such as books and stationery; over a third said they provide food; more than a fifth are supplying PE or sports kit; 14% donate toys and play things; 10% provide sanitary protection; 10% provide other hygiene products; and 8% help with travel costs. With many doing so at least once a week. (above taken from
https://www.mirror.co.uk/news/politics/hungry-children-stuff-school-food-12290775 )

(NB: see end of this piece for some extra points on child poverty, government callousness and cuts.)

Also this month in a poll of teachers in England, conducted by the NEU, more than 80% of respondents reported that they have considered leaving the profession over the last year due to heavy workload and long hours. In a similar poll by the country's other main teaching union (NASUWT) 65% of respondents said they had seriously considered leaving teaching over the past 12 months.
https://www.theguardian.com/education/2018/apr/01/vast-majority-of-teachers-considered-quitting-in-past-year-poll

...tackling retention may not only be a question of reducing the number of hours that teachers work. While unmanageable workload is clearly a “push factor”, it’s worth also reflecting on the “pull factors” – the reasons teachers join the profession in the first place, and what keeps them there.

The point here is that in addition to issues of workload and home/work life balance the educational experience of pupils and the job-satisfaction of teachers is also important as:

The desire to do everything possible to help young people can make it hard for teachers to switch off…. it’s easy to see how, in a culture of hyper-accountability, this sense of confidence in their own capability might be eroded.
https://www.theguardian.com/teacher-network/2017/nov/16/to-stop-teachers-leaving-the-profession-lets-help-them-make-a-difference

But what do they know?

In response to the clear evidence of the rising amount of unhappiness amongst teachers the government response is:

"There are no great schools without great teachers and the record numbers choosing to work in our classrooms shows how desirable career it continues to be."
https://www.theguardian.com/education/2018/apr/01/vast-majority-of-teachers-considered-quitting-in-past-year-poll 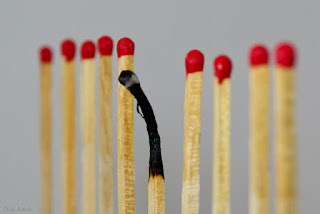 Not true. For as Hannah Fearn reminded us in 2017:

Early in September 2016 half of places on some teacher training courses sat empty whilst between 2010 and 2015 10,000 left the profession. Furthermore:

In short, there simply aren’t enough teachers to educate our young people and it’s a crisis that is entirely politically manufactured.

Three years ago, half of teachers said they were considering leaving the profession. At that point, as well as dealing with a spiralling workload, they were also being insulted each morning on the radio, in the press or in parliament by the then Education Secretary Michael Gove. The very man who should have been fighting their corner in an age of cutbacks instead spent his days inventing some very creative names for teachers: “the blob”, the “enemies of promise”, “soft bigots” with “low expectations”.

Teachers aren’t uniquely sensitive creatures; they are experts in their field and, by voting with their feet and leaving their vocation, they are sending a warning to the Government that something is seriously wrong.
https://www.independent.co.uk/voices/teachers-crisis-education-leaving-profession-jobs-market-droves-who-would-be-one-a7591821.html#r3z-addoor

It is not at all surprising that workload pressures along with the emotional distress and financial burdens and pressures resulting from austerity that teachers (and other public sector workers) are having to cope with leads to less people entering and more people leaving the profession. Shockingly, it's also not surprising that those in power are not listening. Not listening to the stresses teachers' are facing; not listening to the evidence of children, and their parents, suffering from food and other poverty; not listening to the stories of more and more children being too hungry to learn. Not surprising because there are many, many other examples of the dismissal of expertise by the Government and its Ministers. Just a couple of examples here:

Jeremy Hunt has accused Stephen Hawking of a “pernicious” lie after the physicist said it seemed the Tories were steering the UK towards a US-style health insurance system. Hours after the health secretary was criticised for claiming Hawking was wrong in the row about the government’s seven-day NHS plan, he leapt back into the fray with two tweets defending the Conservative party’s record on the health service….

In the speech, Hawking will accuse the health secretary of “cherrypicking” favourable evidence while suppressing contradictory research to suit his argument.
https://www.theguardian.com/politics/2017/aug/19/jeremy-hunt-says-stephen-hawking-is-wrong-on-the-nhs

The Government ignored expert advice and made changes in 2015 that made it easier to buy dangerous acids that have been used in a spate of attacks in recent weeks…. Changes made in the Deregulation Act 2015 scrapped an obligation on sellers of dangerous substances, including acids, to be registered with their local council. The move was opposed by medical experts, who warned that it could make it easier for criminals to get their hands on highly toxic substances, and by the Government’s own advisory board on the regulation of hazardous chemicals…..

The changes … were against the recommendations of the Poisons Board, a panel of experts established to advise ministers on regulating the trade in dangerous substances, who favoured tightening, rather than weakening, regulations so that high concentrations of acid could be sold only by licensed pharmacists.
https://www.independent.co.uk/news/uk/politics/government-acids-acid-attacks-deregulation-act-conservatives-poisons-board-a7856041.html

And perhaps it’s this example that makes clear the reasons for such dismissal:

… Theresa May has been criticised for leaving a leadership vacuum at the Social Mobility Commission, four months after Alan Milburn, its former chair, led a walkout from the advisory body…. “They are looking for someone more aligned to the government’s agenda and wary of the more academic types whose behaviour is harder to predict,” said one former Tory minister…. https://www.ft.com/content/6685047c-33f8-11e8-ae84-494103e73f7f

OUT OF THE MOUTHS... 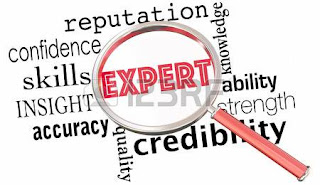 Some extra evidence (just this month) of child poverty, government callousness and cuts
As many as one in eight children stand to lose their entitlement to free school meals under new eligibility criteria introduced by the government, according to a leading spending watchdog. The Institute for Fiscal Studies said that although 210,000 children previously ineligible for free meals stand to gain under the new system, 160,000 pupils who were entitled to free meals under the old system stand to lose out.…The figures call into question claims made by senior government ministers that no child will lose eligibility for free school meals under the new criteria.
https://schoolsweek.co.uk/160000-children-will-lose-free-school-meals-says-spending-watchdog/
And:
As many as 1,000 Sure Start children’s centres may have been shut down in England since 2010, double the official closure estimates, leaving the UK’s flagship early years programme “hollowed out” and in decline, a study has found. According to the Sutton Trust, an education and social mobility foundation, a lack of clarity in how individual centres are identified and changes are reported means official Figures  of 500 closures since 2010 are likely to be an underestimate. Funding cuts mean access to early years provision varies widely across the country, while many remaining centres offer only a fraction of the services they once did, the trust says, hampering social mobility and resulting in thousands of children missing out on vital services.
https://www.theguardian.com/society/2018/apr/05/1000-sure-start-childrens-centres-may-have-shut-since-2010
With reference to all of the above:
@AngelaRayner:  Shocking "double whammy" attack on families by the Tories has been laid bare. Up to 160,000 children from poorer families losing free school meals eligibility. We have 1,000 sure start centre closures, more than double what the government has stated. Tories are failing families. (4th April 2018)

I have written about such issues previously also. See for example: