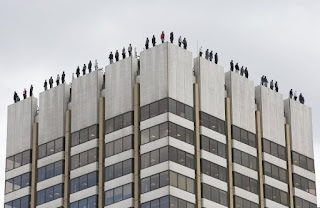 Every week, 84 men die from suicide in the UK. Just over a month ago (26th March 2018) 84 life size statues, based on real people, were erected on top of ITV’s London studios.  Male suicide is the biggest killer of men under 45 in the UK, and 75% of all suicides are carried out by men. It is estimated that very suicide directly affects 135 other people.  #Project84, is organised by the Campaign Against Living Miserably (CALM) and supported by ITV. Artist Mark Jenkins and collaborator Sandra Fernandez worked with bereaved family members to create each sculpture as a visual representation of real British men. Aware that numbers alone are less meaningful and powerful than individual, personal stories each of the men is named on the CALM website and the site includes stories about them as told by their closest friends and family. https://www.thecalmzone.net/

“With Project 84, we wanted to make the scale of the situation very clear to everyone that sees the sculptures,” said Simon Gunning, CEO of CALM.  “By working with the families and friends of men who have taken their own lives to highlight individual stories, we hope to make the impersonal thoroughly personal.”

Suicide disproportionately affects the poorest people in society. Across the world, research by the World Health Organisation shows  that those with low or middle incomes have far higher suicide rates than those with a high income. Such a pattern is reflected in the UK with academics from Bristol, Manchester, and Oxford Universities suggesting that austerity might be responsible for an extra 1,000 suicides.
http://metro.co.uk/2018/03/26/reality-male-suicide-painfully-revealed-84-statues-itv-studios-7418735/ 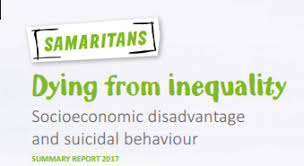 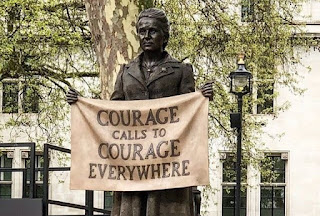 This week there has been some coverage of the unveiling of a bronze statue of Millicent Fawcett in Parliament Square, London. Following a campaign by Caroline Criado Perez the statue was created by Turner prize-winning artist Gillian Wearing. It depicts Fawcett as a 50-year-old, the age at which she became president of the National Union of Women’s Suffrage Societies. She banner in her hand reads “Courage Calls to Courage Everywhere” which is an extract from a speech she gave after the death of suffragette Emily Wilding Davison. Wonderfully, even though the other 11 statues in Parliament Square are all of men "there are now more faces of women than men in the square for on the plinth on which Fawcett stands there are images of 55 women – and four men – who were part of the fight for women’s right to vote".


During the event (on Wednesday 25th April) the Prime Minister Theresa May told the crowd that there would not be any women in parliament without the dedication of Fawcett, who campaigned for more than six decades for women to get the vote. She said: "For generations to come, this statue will serve not just as a reminder of Dame Millicent's extraordinary life and legacy, but as an inspiration to all of us who wish to follow in her footsteps."
https://www.theguardian.com/politics/2018/apr/24/first-statue-of-a-woman-in-parliament-square-millicent-fawcett

I know I am not the only one to find this, from a PM that presides over a government that impacts negatively on the lives of many women, more than distasteful. I wrote to the PM on the 8th March (International Women’s Day) about some of my concerns. My letter included the following:

Sadly, as a Conservative government has twice demonstrated, having a woman Prime Minister does not necessarily mean that the experience of women and girls in general, or even women in Parliament, is improved. Boldly reclaiming the status of being ‘a bloody difficult woman’ (4th March) and incorrectly (in my view at least) calling Mr Corbyn out for ‘mansplaining’ (7th March) on your twitter account is more than insulting from a PM that presides over a government that is comfortable with, promotes even, significant gender inequality and injustice. There are many, many examples I could give but restrict myself here to just a few from the last seven days. On the 2nd March the Home Office wrote to women on hunger strike at Yarl’s Wood Immigration Removal Centre informing them not only that their cases would not be halted or delayed by the protest but that it “may, in fact, lead to your case being accelerated and your removal from the UK taking place sooner”. Yesterday we heard that the Labour Party has had to force ministers to bring various polices (including cutting free school meals for a million children who need them) to the House of Commons for a vote next week….
In full here: http://arwenackcerebrals.blogspot.co.uk/2018/03/dear-mrs-may-deeds-not-words.html

This week I wrote again to https://email.number10.gov.uk/ to ask why I had not, as yet received a reply.

There is currently a campaign for a statue to commemorate the life and achievements of Mary Wollstonecraft; author of A Vindication of the Rights of Woman (1792), the first book in English arguing for the equality of woman and men. Here is a link to the petition
maryonthegreen.org/

One supporter of the campaign is Jeremy Corbyn MP. Watch this to see why Wollstonecraft is his political hero: http://www.bbc.co.uk/news/av/uk-politics-42827276/political-heroes-jeremy-corbyn-on-mary-wollstonecraft

Also this week a bronze statue of a homeless Jesus asleep on a bench was unveiled outside St Ann’s Church in Manchester. Planning permission was granted by Manchester council after Westminster City Council rejected an application for a sculpture near the Houses of Parliament. Umm . . . . :
http://arwenackcerebrals.blogspot.co.uk/2018/02/baby-its-very-very-cold-outside.html
Castings of the life-size statue have been placed in cities worldwide since 2013, although some churches have refused to display it.  Created by Canadian sculptor Timothy Schmalz versions of the sculpture have already been installed in cities across the world including Madrid, Washington D.C, Vatican City, Dublin and Glasgow. 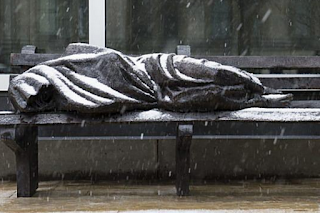 For more on homelessness see for example:
http://arwenackcerebrals.blogspot.co.uk/2018/03/baby-its-still-very-very-cold-outside.html
***
From statues and sculptures around the world I travel back to London to a building that has become an iconic monument although tragically it was never meant to be one:

Grenfell Tower – a monument to a broken society https://www.independent.co.uk/voices/editorials/grenfell-tower-a-personal-tragedy-and-an-emblem-of-a-broken-society-a7790306.html

Grenfell Tower: a monument to the victims of neoliberalism

Grenfell Is a Monument to Tory Britain
https://www.globalresearch.ca/grenfell-is-a-monument-to-tory-britain/5595245

I have written about Grenfell previously, for example with reference to plight of surviving residents, the implications for other similar buildings nationwide and the human response to the tragedy. See (for example):
http://arwenackcerebrals.blogspot.co.uk/2017/08/empathy-apathy-and-worse-applauding.html
To add to this a recent update as reported in The New York Times: 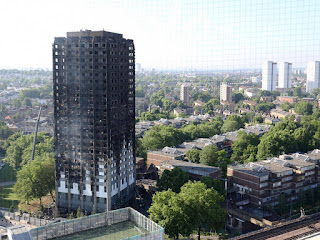 Nearly 10 months after the fire in London’s Grenfell Tower residential high-rise that killed at least 71 people, many of the families left homeless are still living in hotels or other temporary accommodations. More than 200 households were displaced by the fire on June 14 that ripped through the 24-story tower, whose residents were mostly low- and middle-income. Additionally, nearly 100 families from nearby towers damaged by the fire are also still in emergency accommodations, Dominic Raab, a junior housing minister, told lawmakers last week.

The local council that oversees the upkeep of Grenfell and the recovery process has spent about $280 million [£203 million] to secure new housing for the displaced families. Many of them complain, though, that they are dissatisfied with their options and that their needs are not being met. The council spent nearly $30 million [£22 million] alone on hotel bills between June and February, according to figures obtained by the Press Association under the Freedom of Information Act.

“We kept saying we didn’t want to live higher than the third floor or in a large tower block because of the trauma we went through,” said Asma Kazmi, a mother of three who survived the fire.

“For seven months, they showed us flats on high-up floors in big tower blocks,” she said, rolling her eyes.

“We just accepted temporary housing to get out of the hotel, but all this moving and limbo is really harming our children,” Ms. Kazmi added. “My 5-year-old is so confused and still asks me when we are going home.” ...
https://www.nytimes.com/2018/04/04/world/europe/uk-grenfell-tower-survivors-fire.html

@JohnHealy_MP: This is shameful. Over 10 months on from the Grenfell Tower Fire, 100s of blocks still have dangerous cladding. Only SEVEN have had it replace. Ministers are refusing all funding help. Would it take so long if it was your home @theresa_may @sajidjavid?
https://assets.publishing.service.gov.uk/government/uploads/system/uploads/attachment_data/file/703188/Building_Safety_Data_Release_-_April_2018_final.pdf 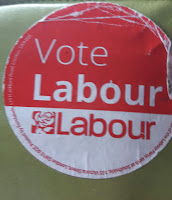 So what is it that connects all of these statues and structures? For me it’s many things including: in/equality, social in/justice, the shame of political austerity, respecting the lives and legacies of those who fought against all of these things in the past by exercising our right to vote.