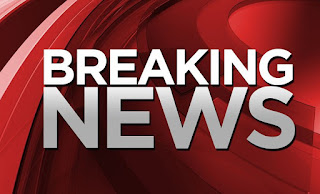 Over the last month, alongside other writing, I have engaged in a bit of newspaper letter composition and so far have had one jointly authored letter and two sole authored letters published in local papers and one solely authored letter published in The Guardian (last one in the thread here:  https://www.theguardian.com/society/2017/jul/28/let-them-eat-chicken-n-chips-poor-food-and-hunger-in-21st-century-britain )

On Saturday (5th August) I wrote to The Independent. They haven't published it so I thought I would here:

#isitok is the hashtag associated with the Friday night Channel 4 programme The Last Leg which aims to provide humorous and thoughtful commentary on the events of the week. The programme does not shy away from serious issues and in recent weeks and months has focused on the anniversary of Jo Cox MPs’ murder, the Grenfell Tower fire and various terrorist attacks. This week (4th August), however, the show began with the host, Adam Hills, announcing that this week’s big news was that there was no news. But #isitok to speak of a no news week when in the last few days we have learnt that:

-         The president of the Prison Governors Association, prison officers and Opposition politicians all agree that prisons in England and Wales are in crisis due to a ‘toxic mix’ of pressures and the lack of a Governmental response to previous concerns.

-         Increasing numbers of people with disabilities are trapped in their homes as a quarter of people referred by GPs to NHS wheelchair services do not receive the equipment they need whilst 96% of areas are missing the 18 week provision target.

-         Across the UK food banks are running out of provisions as children have no access to free school meals during the summer school holidays.

-         The level of overcrowding on trains is the highest since statistics were first compiled in 2011 and are set to get worse. Such conditions not only make for uncomfortable journeys but also have serious implications for travel safety.

A defining aspect of The Last Leg is the on air engagement with twitter. This is particularly ironic given that, in addition to the mainstream media attention given to the issues listed above (and others), even a cursory engagement with social media highlights the real concerns that many of us have about these significant news items.
Posted by arwenackcerebrals at 03:02