Empathy, Apathy and Worse | Applauding the First, Rejecting the Rest 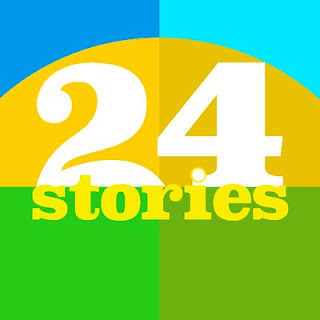 Along with hundreds of others I recently submitted a short story to @twenty4stories the project which aims to raise money for PTSD (post-traumatic stress disorder) - related needs (see here for more detail http://www.ptsduk.org/what-is-ptsd/understanding-ptsd-flashbacks-and-triggers/ ) for those affected by the Grenfell Tower fire through the production and sale of an anthology of creative writing. There were 24 floors/stories of flats in Grenfell and with reference to this the anthology will include 12 creative pieces by established writers and 12 by others who are less well-known. In an interview about the project, in answer to who and what the team were looking for, Paul, one of the projects founders, replied:

Anyone. As long as they're positive, optimistic tales on the themes of community, unity and hope. We want this collection to be a platform for new voices as much as anything else. One of the many issues that Grenfell has illuminated is the great social divide that stretches way beyond Kensington and Chelsea. We want this book to reach out to, and be written by, a true reflection of our community.
http://www.wordswithjam.co.uk/2017/07/twenty-four-stories-for-grenfell-tower.html

The hard working editorial team, which includes the actor and comedian Kathy Burke, are currently reading through the hundreds of submissions from regular writers and others for whom this is a first attempt at such work. Follow their progress at Twenty-four Stories on Facebook and/or on Twitter @twenty4stories.

Of course most of us who have submitted a piece of writing will not make it into the anthology but this doesn’t really matter for after all we can read our creations to friends, post them online, rework and refine, or file for later. . .  From the many tweets and Facebook comments the main point of submission for many was to show support for and solidarity with the project team, the victims of Grenfell and the people of Kensington and Chelsea. The following is typical:

@twenty4stories so exciting. Good luck to all who participated in this fantastic project. I can’t wait to buy and read all the stories.


@twenty4stories Good luck going through them all! Was proud just to send something for such a great cause. Will look forward to the end result!

Amongst other examples of support for Grenfell has been the provision of holidays for survivors of the tragedy and for the firefighters who worked at the scene. My own home town – Falmouth, Cornwall – is part of this. For more detail see here https://www.facebook.com/holidaysforheroes/
and here http://www.fxplus.ac.uk/news/2017/08/12/grenfell-guests-appeal (the latter includes an appeal for holiday spending money should you wish to donate).

The once residents of Grenfell Tower still have many challenges to face at least, but not limited to, the following:

-       As of the 14th August only 14 households have been permanently rehoused and 134 families are still living in hotel rooms.

-       Although £18.8 million has been raised by fundraising charities thus far only £2.2 million of this has been distributed to survivors so far.

-       There is also widespread concern that the Grenfell Tower inquiry is not going far enough. For example:

Radical Housing Network – an activist collective that includes the Grenfell Action Group – said the Government had missed an opportunity to answer wider questions.
“This is yet another refusal by the Government to confront the enormity of Grenfell, and the indictment of our housing system which it represents,” a spokesperson said.
“Investigators should be looking at the social policies which allowed such a tragedy in 21st-century Britain, and the way these have created a housing system in which some people matter more than others" http://www.independent.co.uk/news/uk/home-news/grenfell-tower-inquiry-mps-terms-reference-betrayal-downing-street-sir-martin-moor-bick-kensington-a7894701.html [See too this recent letter written by the Leader of the Opposition to the Prime Minister https://labourlist.org/2017/08/jeremy-corbyn-pm-must-rethink-inquiry-into-grenfell-tower-blaze/ ].

Acknowledging these and other issues hundreds of people joined in a silent march on Monday the 14th August; exactly two months after the fire. It won’t be the last:

A post on a Facebook group called Silent March - Grenfell Tower read: “A silent and peaceful march to take place on the 14th of every month. This is to pay respect to those who are no longer with us. This is also a movement to ensure we get Justice4Grenfell.

“The silence can speak a thousand words. We are more powerful together!" https://www.standard.co.uk/news/london/grenfell-tower-blaze-hundreds-join-silent-march-calling-for-justice-for-victims-of-devastating-fire-a3611631.html

With Grenfell in mind then there are, despite the continued distress, many examples of love and support; of attempts at empathy ('the ability to understand and share the feelings of another'). For although those of us who have not been through the experience can never fully understand what those who have are going through many of us are trying to show support in whatever ways we can. And yet, there are those who are apathetic ('showing or feeling no interest, enthusiasm or concern'), even hateful, towards those affected: from home-owners who complain that their property may be devalued if Grenfell residents move nearby to individuals tweeting abusively about those who are in receipt of holidays and other such support.

This week I read (an account I initially thought was a (sad and distasteful) joke) a blog by J. P. Floru, a Westminster City councillor, entitled:  ‘How to inoculate your children against socialism’ (I am not going to provide a link, you can find it if you like). Amongst other things Mr Floru has advice for parents thus:

Make sure that your child realises that he or she is free to share or not. By all means tell them it would be a good idea, and morally recommendable, but never force them. Never make them share as a matter of course.

Happily, research and real-world experience, suggests that children (and adults) are more likely to behave altruistically than selfishly. For example:

Studies of 18-month-old toddlers show that they will almost always try to help an adult who is visibly struggling with a task, without being asked to do so: if the adult is reaching for something, the toddler will try to hand it to them, or if they see an adult drop something accidentally, they will pick it up.

Worldwide, the aftermath of natural [and those caused by humans] disasters are typically characterized by heroism and a sharing of resources — within the affected community and in others farther way — not selfish panics. During the terrorist attacks of 9/11, for example, there were no accounts of people being trampled rushing out of the World Trade Center towers; rather, those who needed assistance descending were cared for, and calm mainly prevailed.://healthland.time.com/2012/10/08/is-human-nature-fundamentally-selfish-or-altruistic/

There have been similar reactions to more recent terrorist attacks. For example (as I wrote a few months ago):

I was online when the attack [in Manchester] happened and it was wonderful to see the very many tweets and re-tweets with offers of shelter for the night, use of phone chargers, free taxi rides and food, plus the helpful phone numbers and other useful information. [And we are hearing similar in the aftermath of the Barcelona attack].

And yet, sadly, here too there was evidence of more hateful responses:

. . . . a Muslim surgeon who worked for 48 hours following the attack: ‘Go back to your own country you terrorist, we don’t want people like you here. Fuck off’, a man shouted at him when he was next on his way to work. http://arwenackcerebrals.blogspot.co.uk/2017/06/whats-being-nice-or-nasty-got-to-do.html

One doesn’t need a psychology degree to appreciate that sharing, giving, helping has benefits for those that share, give, help. Furthermore, compassion is a strength and not a weakness and just like smiles and laughter and affection, it can be catching; is often cumulative.

I am grateful for initiatives like @twenty4stories, Cornwall Hugs Grenfell and the Silent March - Grenfell Tower. Not only do these, and other such initiatives for this tragedy and others, provide us all with opportunities to get involved they also remind us all of the power, and benefits for all, of community, of solidarity, of unity, of hope.  To end with an image. I’ve posed this before but it’s still my favourite this year: