'Fooling' Around on the 1st of April | Music, Mayhem, Propaganda, Protest

That most, if not all, humans (and other animals) respond emotionally to music and song, is well known, and for those of us with political interests and concerns the lyrics that highlight and remonstrate against inequality and injustice or that rouse and rally to action can be especially powerful. Some of MY personal favourites include:

This Land is Your Land (Pete Seeger, also see and hear Bruce Springfield in this rendition) https://www.youtube.com/watch?v=HE4H0k8TDgw

Lady, What do you do all day? (Peggy Seeger, with a bit part for Pete)
https://www.youtube.com/watch?v=2n-ms2qU2mE

Everybody knew, Nobody said (Christie Moore and Declan Sinnott)
https://www.youtube.com/watch?v=FkCRX5NeeV4

The March of the Women (Shoulder to Shoulder) (sung here by Werca Folk, written by Ethel Smyth) https://vimeo.com/109623197

And especially poignant for me is Dick Gaughan singing World Turned Upside Down (The Diggers Song)  https://www.youtube.com/watch?v=x0tPr_GIMd4 I choose this as one of the pieces of music to be played at my husband John's funeral in homage to his political commitments. 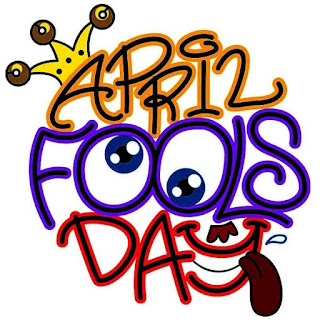 If you’ve got some time make a cuppa and have a listen or listen again if you're already familiar with these musical messages. I challenge you not to be moved and inspired by at least some of the tracks.

Today, in honour of the date (1st of April 2017) I’m posting a few other links for your listening pleasure. Whatever your taste you should find a couple to entertain you, to sing along with. Not protest songs this time, although this piece, like much of my writing at present, is written as part of my protest against current political events and practices. The lyrics are not necessarily relevant but the titles definitely are:

What Kind of Fool Am I (Sammy Davis)
https://www.youtube.com/watch?v=7Jg7wFHWXT4 What kind of fools are we if we accept the current situation and do not resist?

AND OF COURSE:
'Mayhem': a description of the political style and approach of the British Conservative Prime Minister Theresa May 2016-

Just one example from this week:


Despite Shadow Work and Pensions Secretary Debbie Abrahams MP being granted an emergency 90-minute debate in the House of Commons (HoC) on 29th March regarding a new law on Personal Independence Payment (PIP), affecting 165,000 people, time ran out and there was no vote. The HoC is now on its Easter break which means that the law will reach the 40-day deadline before there is any chance to block it.  As Abrahams and others (including some Conservative MPs) have pointed out this is not only undemocratic but, more importantly, seriously discriminates against people who receive benefits but are unable to leave home without experiencing psychological distress.

I read the following quote on a Facebook post recently. I’m not sure from where it originates:

I want my friends to understand that ‘staying out of politics’ or being ‘sick of politics’ is privilege in action. Your privilege allows you to live a non-political existence. Your wealth, your race, your abilities or your gender allows you to live a life in which you likely will not be a target of bigotry, attacks, deportation, or genocide. You don’t want to get political, you don’t want to fight because your life and safety are not at stake.
It is hard and exhausting to bring up issues of oppression (aka ‘get political’). The fighting is tiring. I get it. Self-care is essential. But if you find politics annoying and you just want everyone to be nice please know that people are literally fighting for their lives and safety. You might not see it, but that’s what privilege does.

This gives me pause for thought for whilst I strongly feel the need to be involved, in various ways, in political activity and agitation, I do appreciate that the time and energy (emotional, physical, intellectual as well as financial) resources that this necessitates are not available to all, much of the time. Political engagement can also put the individual at risk in various ways. Given this, plus the critique of supporters of the current Labour leadership team as nothing less than a Chain of Fools (Aretha Franklin)
https://www.youtube.com/watch?v=tHeqFxHSVfA (along with a plethora of other insults), I am encouraged by the many accounts suggesting that more and more people across all age groups are becoming interested in left leaning politics and political issues; in campaigning and protesting, in self-education and debate.


Speaking of education and debate… I have no wish to insult anyone but I can’t not include the Dobbie Brothers singing What a Fool Believes https://www.youtube.com/watch?v=dJe1iUuAW4M in my Saturday morning jukebox selection. For every day, with tedious regularity, I see references to individuals who believe: 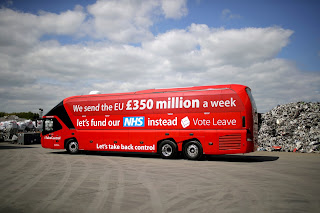 THAT the crisis in the NHS is the result of refugees, immigrants and so called health tourism – DESPITE, a) the significant number of immigrants who are working above and beyond the call of duty to lessen the strain on the services and the resultant stress for patients and b) the tiny, tiny percentage of NHS resources spent on ‘health tourism’.

THAT said crisis will be eased by the £350 million a week that the NHS was promised by Leave campaigners in the EU Referendum – DESPITE, Cabinet Minister Chris Grayling MP now saying that the now infamous slogan was merely an ‘aspiration’.

THAT those receiving disability benefit, rather than those on obscenely high incomes not paying their taxes, are a drain on the pockets of the tax payer - ESPECIALLY IRONIC, given that it was the three members of the pop group Take That, themselves notorious for tax avoidance, who were recently asking us to donate to this year's Comic Relief fundraising efforts. The trio joined James Corden for a special version of his Carpool Karaoke, an act that was less altruistic than appearances indicate as an accompanying appearance on Corden's Late, Late Show and a walkabout which included handing out CDs to strangers and an in-store gig was in part to help them to 'break America'.

So, despite, all of the evidence to the contrary, why do so many believe what they see and hear in the mainstream media (MSM)? One obvious, it seems to me, reason, is the production and repetition of ‘facts’ that are anything but. Is it the case then that, along with Elvis, Only Fools Rush In
https://www.youtube.com/watch?v=VSC8Zx8eh78 to print and reprint, tweet and retweet unsubstantiated and untrue reports, messages, materials? The answer of course is NO it isn’t. There are many, many examples here… As a starter for ten read this detailed report from SKWAWKBOX who covers several MYTHS (that the Leader of the Opposition Jeremy Corbyn MP did not challenge the Government on issues to do with Brexit on the day that Article 50 was triggered; that Corbyn failed to declare part of his income in last year’s tax return; and that the Labour leadership team are slow to respond to requests from the media for quotes) https://skwawkbox.org/2017/03/31/anatomy-of-mainstream-anti-corbyn-fake-news-a-case-study/. This piece also demonstrates both the speed and the prevalence of the spreading of such untruths.

For another example of a critique of the MSM watch the political comedian Jonathon Pie comment on the lack of impartiality of the BBC and other news outlets https://www.youtube.com/watch?v=RlWplX963L8 There are many other ruder pieces (with even more swear words) by Pie if you care to find them.

Given this sort of alternative material and other similar publications and presentations could it be that we Won’t Get Fooled Again? (The Who) https://www.youtube.com/watch?v=zYMD_W_r3Fg. Depressingly, given the relentless, constant propaganda the struggle continues as does the need to CHALLENGE and to SHARE. With this in mind here's another clip to watch in which the lawyer Peter Stefanovic debunks the myth that it is Labour, and not the Tories, who are fast and loose when it comes to borrowing https://www.facebook.com/PeterStefanovicJuniorDoctors/videos/398643130518315/


Clearly you (and I) would be a Fool if You Think it’s Over (Chris Rea) https://www.youtube.com/watch?v=YSui9_IBgao not least because far too many people still seem to believe that it (as in everything) is Jeremy Corbyn’s fault. Despite that fact that the government has made 30th U-turns since Corbyn became leader of the Labour Party (see @LabourEoin for more on this). And despite the 15 (at least) times he was on the ‘right side of history’ (read this for the detail https://theworldturnedupsidedownne.wordpress.com/2015/07/29/15-times-jeremy-corbyn-was-on-the-right-side-of-history/ and/or go to https://twitter.com/EL4JC and watch #EL4JC’s pinned video).

I have written previously about my distress at some of the political behaviours and choices over the last year or so (see for example: http://arwenackcerebrals.blogspot.co.uk/2016/09/stomach-churns-and-chewed-nails-summer.html AND other later pieces on this Blog). And although some might call me a Fool to Cry (Rolling Stones) https://www.youtube.com/watch?v=B-2MenrnR2U my unhappiness has led to me getting more politically involved and more active in my writings, in my conversations and in my involvement in activities such as this: http://www.thecanary.co/2017/03/06/a-canary-exclusive-behind-the-scenes-at-the-nhs-demo-video/. So my advice to anyone who feels similar feelings of distress and powerlessness  – do something, anything, a small thing, a bigger one. You might feel better for it.

If you’ve stuck with me and got to the end of this long (given all the listening, reading and viewing along the way) piece THANK YOU.

A couple of pieces of music to finish. Can you guess what they are?