Happiness, Poetry, War and Peace | On writing to The Guardian and other thoughts 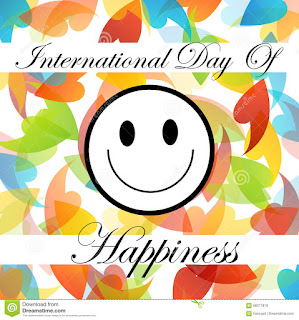 Yesterday (20th March) was the International Day of Happiness. But instead of waking with a smile on their faces many Labour Party members and supporters were still reeling from an attack in The Observer (Sunday sister paper of The Guardian) by Nick Cohen (I refuse to add a link; see below). Sadly the onslaught did not stop there as anti-Corbyn media types, ‘celebrities’ and others seemed to find this offensive rant something to celebrate. Equally distressing in many ways was the re-posting of the article by those intending to critique as the more clicks an article gets, the more people visit a site, and the more the publication can charge for advertising. One way and another I saw this particular piece far too many times. Once was more than sufficient. Upset enough to contact The Guardian letters desk this is what I wrote. Apologies for the swear words (mine as well as Cohen’s):

As a supporter of Jeremy Corbyn and his shadow cabinet team I have, along with similar others, been called many things over the last several months. I am apparently, not least, deluded, stupid, a cult member, out-of-touch, an entryist, a Nazi Stormtrooper, a plotter, an ineffectual protestor, and a thug. Today Nick Cohen (Don’t tell me you weren’t warned about Corbyn Sunday 19th March 2017) has added to the list of insults by calling me a ‘fucking fool’. I note that the submission and publication of all letters to The Guardian are subject to ‘terms and conditions’ that include: ‘You warrant that the content you submit to us is not obscene, threatening, harassing, libellous, deceptive, fraudulent, invasive of another's privacy, offensive, defamatory of any person or otherwise illegal’. I am left wondering why these terms and conditions were not applied to Cohen’s open letter. In sum I feel as if today The Guardian told me to ‘fuck off’. I am happy to oblige.
Gayle Letherby

Given the social media response to Cohen’s tirade I feel pretty sure that there were many more letters on this issue. The Guardian did not include my communication in their daily round up on Monday. In a letter collection entitled ‘Labour Party divisions gather momentum’ there was only one responding to the article (a rather tamer version than mine). The rest focused on the latest panic over the ‘threat of takeover’, even ‘destruction’ of the Labour Party by it seems ‘ordinary people’ like me. Yet, again ‘entryists’, ‘Trots’ and the ‘hard-left’ (I missed these last two labels out of my Guardian letter, but there are so many terms intended to slur it’s hard to remember and to keep up) are to blame according to some, including, Tom Watson MP (Deputy Leader of the Labour Party), Gerald Coyne (who is challenging Len McCluskey for the general secretaryship of Unite the union) and Tony Robinson (the actor). Despite his disingenuous behaviour by the end of the day Watson had become a victim as Sky News reported that he left the weekly PLP meeting ‘visibly shaken’, whilst at the same time informing us that ‘angry Labour MPs rounded on Mr Corbyn’ with no similar concern for his mental or physical reaction. Following, Corbyn’s call for ‘unity’ rather than ‘naval gazing’ I am being deliberately coy in my critique and could go much further, and yet I have to add my voice to others who lament the wasted opportunities to focus on the problems caused and experienced by the Conservative Government. Following a week when:

surely the duty of all those who oppose the Tories should be on further highlighting, exposing and challenging the government for what it is and what it is not.

The 20th March was also the 14th anniversary of the invasion of Iraq. An issue largely ignored by the mainstream media. There are two likely reasons for this. First, Jeremy Corbyn’s original passionate condemnation of the war https://www.youtube.com/watch?v=Bs9NfhnfQLc his continued critique and his more recent apology for it on behalf of the Labour Party. 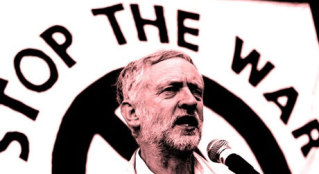 Second, the establishment media’s part in misleading the public on this issue as reported by Carlyn Harvey in The Canary https://www.thecanary.co/2017/03/20/uk-media-ignored-todays-big-anniversary-puts-shame-video/ Watch the embedded video for an insight into the media’s role in manufacturing consent and think back to the other news issues I have mentioned here. Reflect too on the reporting today (21st March) of the death of Martin McGuinness. For although tributes concerning his role in the Northern Ireland peace process were given by many including Theresa May, Tim Farron, Nicola Strugeon and Tony Blair the Daily Mail and The Mirror both headline Corbyn’s tribute prompting a raft of wearisome, inaccurate smears naming him as a ‘lover of terrorists’.

When people tell you their views,
Based on following mainstream news,

Challenge their trust in so-called facts,
From an increasing number of hacks.

To end where I started: despite, the inevitable Hallmark cash-in the International Happiness Day was founded by United Nations advisor, Jayme Illien, in 2012. Recognising that the pursuit of happiness is a fundamental human goal the UN General Assembly argues for:

. . . a more inclusive, equitable and balanced approach to economic growth that promotes sustainable development, poverty eradication, happiness and the well-being of all peoples.
In solidarity with this sentiment I have decided to donate the £25 The Guardian did not pay me for my letter to support someone who is working with this aim in mind: SEE https://new-corbynstays.nationbuilder.com/donate
Posted by arwenackcerebrals at 16:44