The Pigs Have Flown and Taken all the (Easter) Eggs With Them | A short tale based on unbelievable truths and, apparently, believable lies, with a moral or few to end

Dawn is breaking on Maundy Thursday (the holy day before Easter which commemorates the Last Supper of Jesus Christ and the Apostles) as the supermarket delivery van backs into the parking space at the back of 10 Downing Street, London SW1. Alongside the weekend groceries is a bumper pack of variety flavoured crisps and other holiday goodies. Somebody's Easter is going to be sumptuous. The next four days are important ones. After 40 days of abstaining from favourite foods one of the most important Christian holidays of the year – the crucifixion and resurrection of Jesus Christ – will be remembered not just (or even) through prayer but also, by many, with hot-cross buns, chocolate eggs delivered by bunnies, egg hunting and rolling (followed by a meal of roasted meat with potatoes and veg). And yet, these well-known Christian activities are, if one cares to look, also variously attributed to Ostera or Eostre, the Anglo-Saxon goddess of spring, or to honouring of the resurrection of Tammuz, the god of an ancient Babylonian family 2,000 before Christ.

The current occupant of the residence reserved for the British Prime Minister is, so we are repeatedly told by the press and the person in question, a committed Christian. Although, given the catalogue of government practices and policies, over which she presides, many find this very hard to believe. In case we should forget she reminds us of her 'serious' commitment to her faith by informing us all of her own particular abstinence (see reference to crisps above) and her ‘outrage’ at the blasphemous suggestions of the dropping of the word Easter from any chocolate egg event.

Pete, the supermarket delivery man, is not much interested in politics for in his opinion whichever lot are in 'they're all the bloody same'. He knows of the religious beliefs of the PM only because his girlfriend Cathy told him.

'It's been in the papers, Pete. I read it in my mum's Mail. The other bloke, the one who leads Labour, he doesn’t go to Church. He doesn't believe in anything much and he doesn’t do anything much.  Spends all this time making jam. He’s old too. I saw a picture of him sleeping on a train. He’s obviously past it. About time he gave it all up. Best for everyone, best for us all. It's in all the papers, and on TV.'

Back at the depo for his break Pete flicks through the newspapers in the staff canteen. They are all a few days old and Pete is already aware of all of the sports announcements he reads. With the first delivery of the day in his mind he looks at the early pages of one of the copies from the previous week and reads:

[The Labour Leader] wants to whack 20 per cent VAT onto school fees in lefty throwback’s latest assault on the well-off
The Labour Leader will unveil plans to introduce VAT on school fees and use the cash to provide all primary school kids with free school meals. 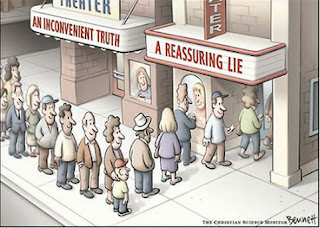 Frowning Pete scans the article stopping at one particularly odd statement; ‘The hapless socialist will claim ‘no child should go hungry at school’’. Quite what is wrong with that Pete can’t work out. Picking up other publications he reads that the opposition have also recently pledged, if they win the next general election, to raise the minimum wage to £10 an hour (£3 more than Pete currently earns) and also to improve the financial lot of the retired in various ways (including guaranteeing a decent annual rise and the Winter Fuel Allowance and free bus passes). Most of the papers seem critical of these policies, and others he has just read about, which is just confusing. Returning to the first rag Pete remembers that his mate Jason, who is a scouser, refuses to even touch, let alone read it; something to do with a slur after Hillsborough. But, if all the reports are so down on the guy and his suggestions it must be so. For after all when did politicians ever care for folk like him and Cathy and their children? Pigs might fly!

His break over Pete thinks of other things as he drives to the first address on his delivery sheet. This extra shift will mean that on the way home he can buy a small chocolate egg for each of the kids. It’s been especially tight this week as Cathy has only picked up a few hours work in the coffee shop. Pete’s additional few hours also means that they can pay the red gas bill and avoid a visit to the local foodbank. So this week they are just about managing. They aren't always so lucky.

Across town the man Pete has been reading about has spent the morning doing paperwork, speaking to colleagues and tweeting information about party policies and MPs activities. Looking forward to a few hours off he’s planning a trip to the allotment and hoping to avoid any media personal who, if they catch up with him, are bound to comment on his audacity at taking some leisure time and/or on the slogan on his t-shirt or even the vegetables he tends. Going into the kitchen to make his late breakfast the man debates with himself whether to have soft or hard boiled eggs with his toast. He laughs as he imagines the 'interesting' analogy the press could make from that.