Prohibition 2020 | A Horror Story of the Future

Unless we are very careful. 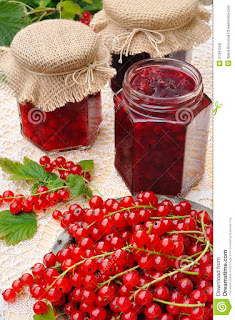 In the summer of 2020 a law was passed which made the cooking and eating of jam illegal. Offences were punishable with large fines. Some perpetrators were even incarcerated in prisons more overcrowded than ever before because of both the rise in hate crime and the vigilant policing of anyone thought to be other from the tabloid media's definition of normal and acceptable. The popular Great British Bake Off (GBBO) had moved from the BBC to Channel 4 a couple of years previously with careful re-branding highlighting developing feelings about the status of the nation. Countrywide Rolling, Acidifying and Proving (CRAP) didn't survive for long though as the Victoria sponges and bite sized tarts just weren't the same without a generous dollop of strawberry or damson. For a while there was some bemoaning the loss of the weekly references to soggy bottoms and well roasted nuts but sorrow for a programme loved for its double entendres, as much as its baking tips, was quickly forgotten as there became much more important things to worry about. Strictly Come Dancing - another family favourite - survived, but only because it became easier for a politician to secure a credible mandate following a passable Paso Doble than through doorstep canvassing or coherent policy pronouncements.

Things had been going downhill since spring 2019 when a few folk inexplicably still felt like victoriously and joyfully proclaiming: 'we have got our country back'. Just who  'had' the country before had never been clear. In fact the rot had begun to show even earlier with the crisis in the NHS evident following cut after cut of cradle-to-grave services and a lack of dentists, nurses, paramedics and theatre staff resulting in lengthening waiting lists for the little that was still free for all. And it could only get worse given the government's inaccurate predicted rise in 'home grown' medics (required to carry their passports, in addition to their stethoscopes, to prove it) to replace those who after years of healing Britain's sick and ailing had been rudely dismissed. There were similar staff shortages in the tourist and catering industries and in farming. In one way this was fortuitous as people of all ages needed to work extra hours in extra jobs to ensure they had more than a zero hour working week.

The constant smearing of the opposition who challenged the hollow claims of those who shouted such things as - 'we can help the poor', 'we are NOT the nasty party', 'we know what we are doing' - only resulted in entrenching racism, sexism and other such bigoted and discriminatory views. The time wasted challenging the attacks and the prejudice gave those in power the space to become even more powerful. The result was longer food bank queues, greater levels of homelessness, benefit cuts and increasingly bizarre taxes which led to some elderly people having to leave the homes in which they had lived at least half a lifetime. Unsurprisingly levels of mental ill-health soared, not least amongst children whose lives lacked creative play and artistic opportunity as their timetables were packed full of tests and other measures for selection. Fewer and fewer benefited from further and higher education the costs of which were out of the reach of most. Just as well perhaps as academics, like other public sector workers, spent more time on justifying their national identity and their roles than in doing their jobs.

For the richest 1% life hadn't changed that much. The denial of the minority to accept the reality of life for the rest was evident in their 'let them eat scones' response to reports of Breadline Britain, proclaimed with no sense of irony.

Alongside all of this the ban on jam making and tasting was one example of the establishment's fear of the simple pleasures in life. First such experiences were ridiculed, soon they were outlawed. Yet, where there are rules there is resistance.  And so, over time, in all communities across the now sad and isolated small island, more and more people came together to chop and to boil fruit, to bottle produce and to savour the fruity creations. No one was left out if they didn't wish to be with sugar full and free varieties in all the glorious flavours imaginable. In this way hope was once again nurtured and shared.