'Nothing has Changed' | 'Change is Coming'

The 12th May (2018) was National Limerick Day. A few days late I’ve written a political limerick compilation/thread (with the odd bit of poetic license).

To shut down descent and maroon (anyone who dares to have a different view).

[A couple of examples of manifesto backtracking:

‘'Dementia tax': What is the Conservative policy and why is it so controversial?’ https://www.independent.co.uk/news/uk/politics/dementia-tax-conservatives-pensions-policy-what-is-it-why-controversy-tory-election-manifesto-2017-a7749121.html ]

[Just one link here -  ‘Theresa May Accused Of Dodging 'Any Form Of Public Scrutiny' After Keeping Journalists At A Distance’ https://www.huffingtonpost.co.uk/entry/theresa-may-journalists-cornwall_uk_59086eece4b05c3976825a43  - there were more times]

But; ‘nothing has changed’ is the tune. 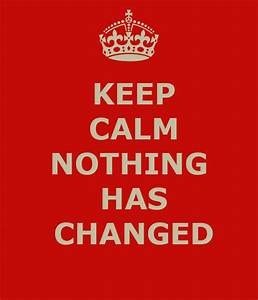 Moving on to the spring of this year,

Still fit for nothing but jeer.

[@AngelaRayner: The ‘Do nothing’ PM dodges 181 election vows. Theresa May is "the do nothing Prime Minister” Stop procrastinating, we don’t need a review into student finance, we need to scrap fees and restore grants now!
https://www.thetimes.co.uk/article/396aa7ac-352a-11e8-8e3a-d639f3c4b43e ]

[Lots of evidence here, including:
‘Theresa May gets personal in attack on Jeremy Corbyn as election polls narrow:  Tories try to contrast the PM and the Labour leader, who she claims would go ‘alone and naked’ into Brexit negotiations’
https://www.theguardian.com/politics/2017/may/30/corbyn-would-go-alone-and-naked-into-brexit-talks-says-theresa-may
‘At PMQs today, Theresa May chose to insult doctors and nurses on the 69th anniversary of the NHS’ https://www.independent.co.uk/Voices/pmqs-today-what-happened-jeremy-corbyn-theresa-may-nhs-doctors-nurses-69th-insult-a7824841.html
‘Sajid Javid threatened with legal action after calling Momentum ‘neo-fascist’ - https://www.independent.co.uk/news/uk/politics/sajid-javid-momentum-neo-facist-labour-party-antisemitisim-jewish-a8280601.html
‘Theresa May 'Misled Parliament' In Trying To Blame Labour For Windrush Fiasco’ - https://www.huffingtonpost.co.uk/entry/theresa-may-falsely-tried-to-blame-labour-for-the-windrush-fiasco-to-deflect-jeremy-corbyns-questions_uk_5ad74773e4b0e4d0715c25b1 ]

So, ‘nothing has changed’. This is clear.

With promises crushed to the floor.

[For example:
11 Brexit promises the government quietly dropped
Leaving aside the £350m for the NHS, Brexit has promised quick and easy trade deals with the EU and the rest of the world, an end to ECJ jurisdiction and free movement, and British control of North Sea fishing. None of this has come to pass. https://www.theguardian.com/politics/ng-interactive/2018/mar/28/11-brexit-promises-leavers-quietly-dropped
84 Men, Millicent, Mary, Jesus and a ‘Monument to Tory Britain’ | #VoteLabour3dMay http://arwenackcerebrals.blogspot.ca/2018/04/84-men-millicent-mary-jesus-and.html
Why Tory Promises to Windrush Children Aren’t Enough
http://www.jostevens.co.uk/why_tory_promises_to_windrush_children_aren_t_enough ]

Quick to strike and to arm,

They condemn calls for calm,

[@YouGov: With an attack on Syria looking imminent, YouGov reveals only 22% of Brits would support missile attacks on the Syrian military - almost twice as many (43%) are opposed ]

Again, ‘nothing has changed’, that’s for sure.

Royal babies and weddings prompt (inter)national fest (I’m in Canada at the moment and the anticipation amongst some is palpable),

Despite those deprived of the place where they rest.

More tax for the poor,

[A piece of ‘fiction’ seems relevant here:  The People Who Live In Trees -https://www.abctales.com/story/gletherby/people-who-live-trees ]

‘Nothing has changed’; you can see it's no jest. 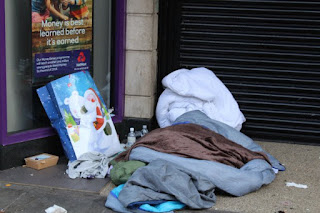 Yet, much of the media re-frames or denies,

Smearing the alternative and all this implies.

[A personal view here:
Grieving for the BBC (and the mainstream media more generally) | #VoteLabourMay3rd
http://arwenackcerebrals.blogspot.ca/2018/04/grieving-for-bbc-and-mainstream-media.html ]

Oh, ‘nothing has changed’, the commentariat cries.

But still there are many together who rise up in hope,

Across all walks of life we challenge the trope.

Nor ‘too thick’ to know much.

Change is possible. Change is needed. Change is coming (sorry ran out of rhymes at the end).