Votes for All (OR Not) | the importance of dis/enfranchisement 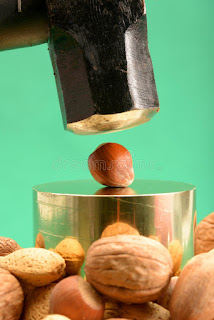 On International Women’s Day #IWD2018 and in the year celebrating 100 years since 8.5 million (40%) of women in the UK were first able to vote it seems pertinent to write about the possible dis-enfranchisement of millions. Last month I wrote a short story highlighting (I hope) the importance of votes for all and some detail of the struggle for it. Here it is if you’d like to read it:  https://www.abctales.com/story/gletherby/shoulder-shoulder

In the local elections, taking place in May of this year, the Conservative Government are planning to run a voting ID pilot which will take place in Bromley, Gosport, Swindon, Watford and Woking. Separate trials about the security of postal voting will take place in Peterborough, Tower Hamlets and Slough. All this despite the lack of a problem. For as Ellie Mae O'Hagan writes:

Data collection by the Electoral Commission suggests there were 28 cases of voter fraud in 2017. Of course it’s hard to collect numbers of this issue, so let’s imagine the true figure is actually double that. This would mean 0.0008% of the UK electorate committed voter fraud.
https://www.theguardian.com/commentisfree/2018/mar/06/tories-id-voting-booths-labour-disadvantaged-ballot-box

A group of more than 40 charities, campaign groups (including Age UK, the RNIB, the Salvation Army, the British Youth Council, Stonewall, Operation Black Vote, Liberty, the National Union of Students and St Mungo’s) and academics have written to the government to warn that plans to trial compulsory voter ID risk disenfranchising large numbers of vulnerable people.The letter was organised by the Electoral Reform Society and includes:

Electoral Commission figures indicated that 3.5 million people in Britain - 7.5% of the electorate - do not have have access to any form of photo ID.

Warning that mandatory voter ID could:
…prevent a significant barrier to democratic engagement and risk compromising a basic human right for some of the most marginalised groups in society. (i.e. those least likely to have photo ID)

Add to this the low levels of public awareness about the pilots and even more people may be unable to vote on the day.
https://www.theguardian.com/politics/2018/mar/06/voter-id-trials-risk-disenfranchising-vulnerable-people

Given that as Darren Hughes, chief executive of the Electoral Reform Society, says, mandatory voter ID is ‘a sledgehammer to crack a nut’ https://www.theguardian.com/politics/2018/mar/06/voter-id-trials-risk-disenfranchising-vulnerable-people it is, at least for me, impossible to disagree with O’Hagan who argues ‘The only reason Tories want photo ID at the booth is to manipulate the ballot’ for the majority of the disenfranchised ‘are likely to be from disadvantaged and BAME backgrounds’ AND ‘It can’t be mere coincidence that the very groups likely to be disenfranchised by this move are also the same ones that tend to vote Labour.’

If you agree with Hagan that:

If the Conservative party can't win power through legitimate democratic means, then perhaps it doesn’t deserve power at all.
https://www.theguardian.com/commentisfree/2018/mar/06/tories-id-voting-booths-labour-disadvantaged-ballot-box 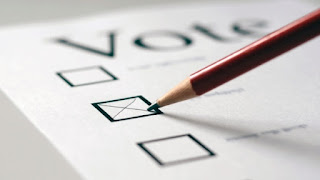 Why not sign the Labour Party’s petition HERE - https://action.labour.org.uk/page/s/democracy