In my next few blog entries I have decided to explore the relationship between politics and creativity, with reference to my own imaginings and those of others. Here, I begin with a focus on words. 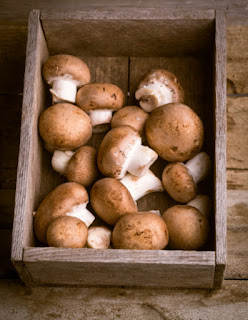 I have been reading and writing all of my life. My parents were both bookworms and I, like them, love to read and also enjoy talking to others about the stories, poems, news and nonfiction I devour; both on paper and increasing also online. The first present I bought my late husband John was a novel, which I know he appreciated, since he almost always had a book in his pocket or backpack. One of the first ever poems I penned – I Hate Mushrooms – (incidentally I love them now), when I was eight years old, was written after a tantrum and a falling out with an adult friend. This working through feelings aspect to my writing continued into adulthood. My first marriage broke up four months before my degree finals and I fumed and cried and read and wrote. Similarly, whilst supporting my second husband (John) through several years of physical and mental ill-health I also managed to write (and to publish) academic pieces whilst working full-time as a university lecturer (although I acknowledge that during this time my life was full-up of paid and home based work to an extent that was not that good for my own mental and physical wellbeing).

It wasn’t until after John died in 2010 that I began to explore with different genres, starting with fiction writing. This experimentation continued, indeed accelerated, in 2012 following my mum Dorothy’s death and at this time I also began to write some pieces of short (and not so short) memoir.

One of the many things I would ask my dad if he was here now would be whether it was the issues and experiences which troubled him that stimulated his own writing (he published a number of short stories in the 1960's and 1970's, completed an approximately 60 thousand word memoir, a children’s novel and made notes for several other projects). Re-reading his writings and his jottings I think so. This has always been the case for me too and my academic work (and I would suggest all academic work whether acknowledged or not) has always been political, influenced as it is by my own interests, experiences, values and so on. So too with my other writings. For example see the following two pieces posted previously on ABCtales. The first is a short story I felt the need to write following a news item during the last football world cup and the second a more recent snippet of memoir focusing on what John shared with me about his experience of schooling:
https://www.abctales.com/story/gletherby/perfect-match
https://www.abctales.com/story/gletherby/john-experiences-and-legacies-brutality

Random Acts is the title a short story that I submitted to twenty4stories; a creative project in response the Grenfell Tower tragedy (for more detail and my story see https://www.abctales.com/story/gletherby/random-acts). This piece then was written in response to a political event:  http://arwenackcerebrals.blogspot.co.uk/2017/06/the-personal-and-political-ge2017-and.html

My first, what could be called P/political opinion piece. was written and posted on this blog, in July 2016. This I wrote following my frustration at some of the the representations of politicians on both sides of 'the house': http://arwenackcerebrals.blogspot.co.uk/2016/07/all-hail-stereotype-left-wing-beards.html
Quite a bit of my writing since has focused on happenings in Westminster, the consequences of the political decisions that are taken there and the ways in which all of this is reported (via mainstream and other medias). My writings are a mixture of research, personal and academic auto/biographical reflection with examples of ‘fiction’ drawing on as much ‘fact’ as more traditionally presented political writings. I hope that at least some of those that read my work find it interesting, useful, helpful. But even if not what these pieces have in common is that they makes me feel better. Karen Dempsey describes expressive or therapeutic as:

The power of expressive writing is that it doesn’t have to be perfect. You can write from the heart without worrying about spelling, punctuation or grammar. No one is leaning over your shoulder and tutting. No one ever has to read it apart from yourself. There is a freedom that comes with releasing your feelings onto the page. http://www.huffingtonpost.co.uk/karen-dempsey/how-expressive-writing-ca_b_17961716.html?utm_hp_ref=uk-wellbeing

This is just one example of the myriad of suggestions related to writing for wellbeing. Personally I do not find expressive writing particularity helpful. Rather, I enjoy, and get comfort from, researching and re-working (several times) my ideas, thoughts and feelings.  Recently I read an article that focused on an interview with the poet Benjamin Zephaniah in which he said.

“I can’t understand why I’m almost 60, and I’m still fucking angry. Everyone told me I was going to be mellow by now. I’ve got a house, I grow my own vegetables, and I’m still angry.”

Me too Benjamin, me too …. The piece continues:

Zephaniah has been vocal about the treatment of the residents of Grenfell Tower, and criticised Kensington and Chelsea council for ignoring their plight in the aftermath of the fire. “What happened is a symbol of a divided Britain,” he says. “These people were abandoned for days, absolutely abandoned, at a time when they needed help the most.”

In Zephaniah’s view, everything is political….

“One of the things I’m really good at,” he says, “is talking about politics and ideas to people who are not interested in it for one reason or another. They don’t think it’s for them, but usually I can explain why it is.” He says his poetry performs the same function. “I said something once that still stands: I started writing poetry because I don’t like poetry. Of course I liked using words, but I wanted to change the image of poetry. I wanted to bring it to life and talk about now and what was happening to us.” https://www.theguardian.com/books/2017/aug/25/benjamin-zephaniah-revolutionary-minds

I make no claims, how could I, to be as creative, or have even a smidgen of Zephaniah's influence, but like him I like words and attempt to use them in my writing to ‘talk about now and what [is] happening to us’. And as I’ve already stated writing in this way helps me to cope with the distress and anger I feel living in a society and a world so full of injustice and inequality. It also helps me to better understand things that concern me and my reactions to them. For me then writing is:

... a method of inquiry, a way of finding out about yourself and your topic. Although we usually think about writing as a mode of “telling” about the social world.... Writing is also a way of “knowing” – a method of discovery and analysis. By writing in different ways, we discover new aspects of our topic and our relationship to it. Form and content are inseparable. (Richardson, Laurel (1994) ‘Writing: a method of inquiry’ in N. Denzin and Y. Lincoln      (eds.) A Handbook of Qualitative Research 1st Edition Thousand Oaks: Sage p.515).

Here’s a link to a piece I wrote recently that highlights just some of my (and I know many others) feelings surrounding current political 'concerns':
http://arwenackcerebrals.blogspot.co.uk/2017/08/if-big-ben-was-dandelion-clock-some.html 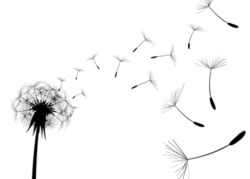 During the summer of 2017 I also started to write to national and local newspapers about various issues that have particularly incensed me. I have had some small success. Those that are not accepted for publication I recycle elsewhere. See for example this one I wrote with The Independent in mind: http://arwenackcerebrals.blogspot.co.uk/2017/08/isitok-no-news-is-good-news-or-is-it.html

This past weekend I sent the following to guardian.letters following an article written by Nick Cohen (you can find it if you like but I’m not going to provide the link). It sums up, I think, some of my frustrations (in this case with the so-called Left supporting mainstream media), and the value, as suggested here, of playing with words in response:


Reading any Nick Cohen article that makes reference to the leadership of the Labour Party is like playing a game of masochism bingo. It’s bad for my blood pressure and my overall sense of wellbeing.  According to Cohen I am - at least -  a member of the hard and far left; an infantile cult member; part of the disaffected, left-behind middle class; a swallower of bullshit and a fucking fool. I appreciate the advice not to read. I accept that in writing this letter I am adding to the attention given to a man who it is best to ignore; not because of his differing opinions but because of the impossibility of debate with one for whom insult and attack seems to be the only form of defence and critique. But, writing soothes my nerves somewhat. Somehow I don’t think it does the same for Mr Cohen.