An article I read this morning suggests that Valentine’s Day has its origins in the Roman feast of Lupercalia. From the 13th to the 15th of February the celebration included animal sacrifice, nakedness, drinking, sexual activity and the whipping of women (in the belief that this would increase their fertility). Following a number of developments and changes Valentine's Day is now a more intimate, romantic event for many. It's big business too: 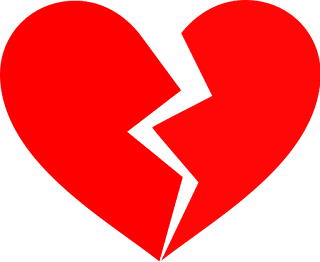 I'm sure many of us would agree that the world is a pretty dark place at the moment and we all need to find pockets of joy and celebration to get us through. For in just the last couple of days we have been reminded (not least) of:

- The need for those of us in the UK to keep fighting for the NHS, to keep exposing the government’s cuts and deals. Just released plans highlight proposed or likely closure of 19 hospitals, including five major acute hospitals by 2021. This will mean the closure of 2,000+ beds in acute and community hospitals and the loss of nearly 3,000 jobs to create a ‘smaller, more agile’ workforce.

- Further evidence that the now teeth-grinding phrase 'the will of the people' is only relevant when politically useful. Today we are told:

HM Government believes the President of the United States should be extended the full courtesy of a State Visit. We look forward to welcoming President Trump once dates and arrangements are finalised.

HM Government recognises the strong views expressed by the many signatories of this petition, but does not support this petition.

- The evidence suggesting that we have much, much more than a visit by Donald Trump to worry about. Just a few things here, there are more:

The Investigatory Powers Act which received Royal Assent on the 29th November 2016 means that Britain is the most advanced surveillance state in the democratic (I typed demoncratic at first, seems more appropriate somehow) world, as the government now has unrestricted access to everyone’s personal information and internet browsing history.
The Calais Wall built to keep refugees out of Britain. The four-metre-high wall, which separates the refugee camp from passing traffic, was completed in December, cost £2.3 million and was funded by the taxpayer.  Add to this the government’s U-turn on the Dubs amendment which committed the UK to help the most vulnerable unaccompanied children in Europe and Home Office confirmation that it has placed a temporary halt on accepting refugee children with disabilities.

The proposed overhaul of existing secrecy legislation aimed at whistleblowers and journalists with a maximum prison sentence increase from two to 14 years and a redefinition of espionage to include obtaining sensitive information, as well as passing it on.

- That, sadly, oh so very sadly, some people care little about anyone else’s rights, needs or comforts. And indeed appear interested only in their own entertainment. Tim Loughton MP - a Conservative who voted for the bedroom tax; for reductions in welfare spending, including for sick, disabled people, people unable to work; against laws promoting human rights; against legal aid being available for sick, disabled and dying people appealing wrong welfare decisions - tweeted on Sunday evening:  Just had a great night at the BAFTAS apart from the usual predictable drivel from Ken Loach in his own La La Land.

Thank you to the academy for endorsing the truth of what the film says, which hundreds of thousands of people in this country know, and that is that the most vulnerable and the poorest people are treated by this government with a callous brutality that is disgraceful. It’s a brutality that extends to keeping out refugee children that we promised to help and that’s a disgrace too.

But films can do many things. They can entertain, they can terrify, they can take us to worlds of the imagination, they can make us laugh, and they can tell us something about the real world we live in. And in that real world – it’s a bit early for a political speech, I’m sorry – but in that real world it’s getting darker, as we know. And in the struggle that’s coming between the rich and the powerful, the wealthy and the privileged, and the big corporations and the politicians who speak for them on the one hand, and the rest of us on the other, then film-makers – and we’re all film-makers here – the film-makers know which side they are on. And despite the glitz and glamour of occasions like this, we’re with the people.

In their coverage of the awards the BBC TV news following BAFTA failed to even mention Loach and the award, let alone his speech. Never mind for many have shared it online since and here it is again. https://www.youtube.com/watch?v=6FO1ODjceBM 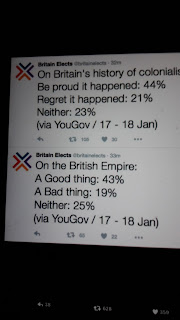 - The evidence to suggest that Tim Loughton is not a one-off. Although Loach has received much support and praise for his approach there are many others (including politicians) who seem to have forgotten that film, drama, art, literature and the like has always been a way of ‘doing politics’. Like Loughton many of these people are criticising Loach for ‘spoiling’ their Sunday evening viewing.

As I was watching this particular twitter drama unfold the following came up on my Twitter feed. No words for this, just a feeling of despair. . .

- The confirmation (as if we needed it) that sexism, racism and the especially nasty mix of the two as it plays out in misogynoir (misogyny directed towards Black women where race and gender both play roles in bias) is alive and kicking. That we even have to have a discussion about whether or not Diane Abbott MP was abused and insulted, in person and in a text exchange with a friend, by David Davis MP, is horrifying.

I have worked in organisations were the culture has been bullish and bullying. If senior individuals treat others badly this gives permission for everyone (unless they resist the pressure) to behave badly too. This is what, I think, is happening in both Theresa May’s government and society more generally, with examples of mistreatment (some of which I've considered here) just as bad as at the feast of Lupercalia.

A poem to end; befitting of the date:

Roses are red,
Violets are blue.
I’ve had enough,
And I hope so have you.