Monsters, Myths, Mothers and Others | on being sometimes misunderstood ....

Earlier this year The Sun (read this for some reasons why I'm not going to provide a link: https://arwenackcerebrals.blogspot.com/2018/10/dontbuythesun-and-while-youre-at-it-yet.html ) published a piece lambasting snowflakes (an 'insult' sometimes aimed at younger people, sometimes at Left-leaning folk, often at individuals who are both) for sympathising with 'the creature' created by Mary Shelley's Dr Frankenstein thus: 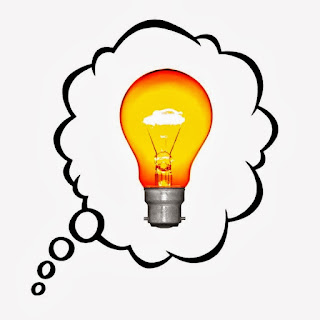 FRANKENSTEINS: Snowflake students claim Frankenstein's monster was 'misunderstood' - and is in fact a VICTIM. One professor even claimed that the murdering monster could be protected by human rights laws today.
This despite the fact, experts and readers agree, that this was one of the main points of Shelley’s (1797-1851) 1818 novel:

Mary Wollstonecraft Godwin Shelley took pains that readers’ sympathies would like not only with Frankenstein, whose suffering is dreadful, but also with the creature, whose suffering is worse. The art of the book lies in the way Shelley nudges readers’ sympathy, page by page, paragraph by paragraph, even line by line, from Frankenstein to the creature, even when it comes to the creature’s vicious murders … (Jill Lepore (February 12th and 19th 2018) ‘The Strange and Twisted Life of ‘Frankenstein’’ The New Yorker) 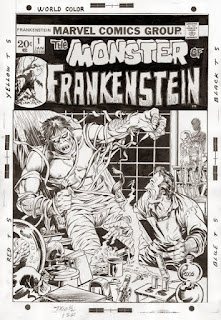 Jill Lepore reminds us that ‘the creature’ (often referred to as ‘the monster’) develops as a child does as the book progresses. She also writes that Shelley began writing Frankenstein when she was 18 years old, two years after she’d become pregnant with her first child. Eleven days after her baby’s birth she wrote in her diary:

I awoke in the night to give it suck, it appeared to be sleeping so quietly that I would not awake it …. [and later] Find my baby dead.… Dream that my baby came to life again; that it had only been cold, and that we had rubbed it before the fire, and it lived…. Awake and find no baby.

The child, like ‘the creature’ is not given a name.

I have written previously (many times in fact) about the importance of writing in my life. Writing helps me to reflect on my place and position, my responsibilities and my rights, in the politically complicated world in which we all live. Writing has helped me through some of the most difficult times in my life: I was reading (and writing) for my sociology degree finals when I split with my first husband; I wrote and wrote and wrote (mostly academic pieces) whilst supporting my second husband John through many years of mental ill-health; following the death of my mum, just two years after John’s death, I began to also write fiction and memoir and in the summer of 2016 I added political opinion pieces to my writing workload. This short story written in August 2016 demonstrates my motivation for the latter https://arwenackcerebrals.blogspot.com/2016/08/sticks-and-stones-short-story.html

One of the things I write about – in academic work, memoir and fiction pieces and others that reflect more specifically on Political decision making and policies – is non/motherhood and non/mothering.

Here is an extract from a piece I wrote a few months ago:

In the run up to a BIG birthday in January next year I find myself spending a deal of time in reflection. Always a cup-half-full kind of woman I’m looking forward too; thinking about what I might achieve, the events and experiences that I think could make me happy and the battles I still want to fight. . . .

Not surprisingly my significant others appear often in my writings, not least my mother and father and my husband John (all deceased). My baby, the child who died months before her or his expected birth date, also appears with regularity. This child who I never held or watched grow has nevertheless been present in my life since their conception. My shadowlands baby and I; a not (quite) mother and her spirit child.

Having worked as a nursery nurse prior to my miscarriage  – I trained, not least, in the expectation that this would help prepare me for the care of my own children – I listlessly, sometimes desperately, wandered through my own life feeling that I had no purpose until I returned to education to study sociology. The discipline (and especially its political potential) and the hard work of studying it helped me find myself again. Since graduation the significance of mother or not has always been part of my academic labour and I have undertaken research and written much on those who do and those who do not mother (and father) and the implications of this. If my baby had lived this career would likely not have happened. . . . In my personal life too my child is always here, in shade at times, in the forefront at others. His/her bittersweet presence a part of my encounters with young friends and the children and grandchildren of others. Their absence (still) huge in conversations with those who don’t know, but ask about, my maternal status.
https://www.abctales.com/story/gletherby/life-shadowlands

I have written too about how I think my biological childlessness is relevant to my political self and how I think that the status of non/motherhood (non/parenthood) and the experience of mothering/parenting (which includes social, as well as biological, relationships) are sometimes, actually often, essentialised, over-simplified, denied, even demonised by many, including politicians and activists on both the Right and the Left. See for example:

The Personal is Political and the Political is Personal | Mother or Not, Sister or What?
http://arwenackcerebrals.blogspot.com/2018/02/the-personal-is-political-and-political.html

Reading these blog posts you will see there are times, yet again, when I have felt excluded and/or less legitimate as a woman with ‘no’ (see below) children to care for or to fight for.

@gletherby (18th September 2018): A #4TheMany thread. On top of everything else I'm now apparently a 'hard left boot girl'. (Vince Cable) Actually: I'm a 59 year old white woman of working-class origin. First in my family to go on to higher education (a polytechnic and proud of it) aged 28. 1/8

I worked for 8 years as a nursery nurse (including in the NHS) and after undergraduate and postgraduate study as a lecturer/researcher/manager/ mentor in the academy, full-time for 21 years. 2/8

I now combine paid (and unpaid) freelance academic work with voluntary work (9 1/2 hrs in last 30) and activism (face-to-face on occasion and much online i.e. Twitter and blogging). 3/8

I care passionately about fighting inequality, prejudice and oppression in whatever form. My paid and unpaid labour and my heart and soul has always been, and continues to be, devoted to social justice for all. 4/8

Sadly I have no biological children of my own but have always been lucky - in my work and personal life - to be much in contact with children and young adults. I am myself SO energised by the political passion of young people today. Thank You. 5/8.

Much of my political concerns and activities are undertaken with all of our 'children' in mind. Contrary to stereotypes I join similar others (e.g.@corbyn50plus) in this and in working for all age groups, including that of my parents (deceased but a continued influence on me) 6/8

Like many others - from all groups, across all walks of life - I meet (virtually and in person) and debate with I want, and I am prepared to work as hard as I can for, a safer, more secure future in a fairer and happier world #StrongerTogether 7/8

#LaboursVisionForBritain offers, I truly believe, a #PoliticsOfHope and is an antidote to a society where clearly #AusterityDoesntWork. So to anyone, anyone, who continues to deny or denounce the real change offered by the social movement that is @UKLabour I say SHAME. 8/8

I shared this thread on my personal Facebook page and on a number of group pages, supportive of the current Labour leadership. I was more than disappointed to receive a significant number of responses doing nothing more than attacking Cable, not just for his political opinions and pronouncements (fair enough) but also for his age, appearance and other personal characteristics. This was not, naively maybe, what I expected. I edited my posts stating that what I had envisaged, hoped, was that others would similarly share their own reasons for political engagement and perhaps comment (I do have an ego) on my choices and activities. It made no difference, the personal insults against Cable continued.
I know that for many motherhood (parenthood) acts as a call to action and that those who care for children and grandchildren (due to biological and social connections) on a daily basis likely have a political motivation (to be active in whatever way) that I do not have. I have also long accepted that not having the same daily responsibilities (although I have had others) as some of my sisters and brothers (as an only child I love writing that phrase) I have more time to write. Despite this I know that my own political motivations come not least from the need to feel that that I am doing something, whatever I can, for the generations that follow, in memory of those (including my child) that I have loved who are no longer with me. So, despite, no probably because, of the misunderstandings and the sometimes trivialisation of my own (and others) status and experience I will carry on. Carry on writing about (amongst other things) #Homelessness, #Poverty, the #HostileEnvironment - created and perpetuated by Theresa May - Philip Hammond's #LittleExtras for schools in dire need. Carry on writing about #LaboursVisionForBritain and a #PoliticsOfHope. Carry on writing as a small part of the struggle to #SaveOurNHS, #ScrapUniversalCredit, get #Justice4Grenfell and the #WindrushGeneration. Etc. and so on....

I can't do otherwise.

A few days ago I tweeted the following which summaries my feelings rather more succinctly:
#SocialistSunday [a weekly twitter event encouraging connections between Left leaning folk] inspires us to connect as comrades, as sisters and brothers, and gives us some of the strength we need for what feels to me, at least, like the fight of my life. Thank You Everyone. #StrongerTogether

Thanks for reading this. More soon ...