Just a FEW things you might not know if you rely on mainstream media (MSM) PART TWO: #ChangeTheMedia

Just a FEW things you might not know if you rely on mainstream media (MSM) PART TWO: #ChangeTheMedia

The problem with the mainstream media (MSM) 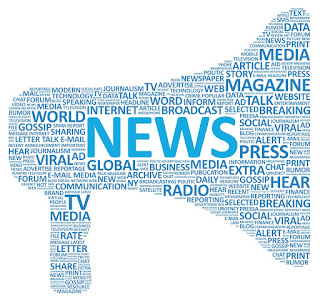 On Friday (7th September), New Labour PM Tony Blair (in a BBC podcast discussion with Nick Robinson) told us that he is: "not sure it is possible" for Labour "moderates" to take the party back from the left.”

To which the leader of the opposition Jeremy Corbyn MP replied:

"I think Tony should recognise that party membership is now much bigger than it has ever been."

Asked about his predecessor's comments, the Labour Leader added: "I've been in the Labour Party all my life. I am a socialist. I am determined to see a fairer and more equal society."

"It's not personal, it's about us as a movement. That's why we were founded. That's why the party is so big. And that's why I'm confident that we are continually challenging this government and we will win a general election."
https://www.bbc.co.uk/news/uk-politics-45438855

Mr Corbyn was speaking whilst at a visit to Abbey Pumping Station in Leicester to discuss re-nationalising the water industry. Just more evidence of him getting on with his job, despite a summer of attack from all sides (I’ve written a little about this here:
http://arwenackcerebrals.blogspot.com/2018/08/not-such-silly-season-anxiety-action.html )

After a full day of Blair coverage (who was also in the news for receiving millions of pounds in donations from Saudi Arabia https://www.mintpressnews.com/tony-blair-saudi-arabia-millions/248915) today (Saturday 8th September) Labour Party activists, members and supporters woke up to reports that Chuka Umunna (a back-bench Labour MP once tipped as a future leader) is ‘imploring’ the Labour leader to ‘call off the dogs’ who are trying to ‘drive’ centre-left MPs out of the Party
https://www.independent.co.uk/news/uk/politics/chuka-umunna-jeremy-corbyn-call-off-dogs-centrist-moderate-hard-left-a8528136.html

The Labour party leadership has a responsibility to ensure not only that the party remains a broad church, but one of tolerance, respect and comradely conduct. If they do not, and the stories we hear of bullying, abuse and intimidation online, in branches and in CLP meetings continue, then people will be forced out of the party and the movement not through their own choice, but because they no longer feel welcome. The issue of whether there is a split in the Labour Party or whether members leave, is therefore ultimately in the hands of Jeremy Corbyn and the Labour Party leadership.
https://www.newstatesman.com/politics/staggers/2018/09/chuka-umunna-labour-split-hands-jeremy-corbyn

Given that people, like me, who support the current leadership (and the socialist policies espoused by Labour), have been, and continue to be, called ‘entryists’, ‘hard-left fanatics’, ‘fucking fools’, and more, so much more – including of course ‘dogs’ by Mr Umunna himself – these comments are a tad selective, and hypocritical, to say the least. I agree with Billy Bragg:

What is clear is that the comments by both Blair and Umunna fit the dominant narrative, perpetuated by the MSM, that any criticism of right-leaning MPs (from whichever Party) and journalists who lack balance or curiosity for perspectives/opinions/(and)facts that challenge the perpetual criticism of the Labour Leader (his team and those who support him) is abusive. On the other hand any, and every, criticism of those who lean to the left, many of which are very personal and more than combative, is fair game.

So even though there is clear evidence of MPs both name calling and swearing at constituents and other Labour supporters on social media the myth that all bad behaviour is perpetuated by those on the so-called 'hard left' continues. I am not disputing that some claiming to be Corbyn supporters also engage in such attacks but a) it appears that there is some (at least some) mischief making by non-Corbyn supporters here and b) there are multiple examples of abuse towards pro-Corbyn supporters. Helen Lewis' recent piece in The New Statesman appears, to me at least, to add to the myth that abuse comes from only one group. Lewis also argues:

Calculated offence (and the taking of it) has always been a part of politics. Seventy years ago this summer, Labour’s minister for health Aneurin Bevan stood up in Manchester to give a speech. In it, he described the poverty and hunger of his early life, adding: “That is why no amount of cajolery, and no attempts at ethical or social seduction, can eradicate from my heart a deep burning hatred for the Tory party that inflicted those bitter experiences on me. So far as I am concerned they are lower than vermin.”

Why is everyone always angry on the internet? . . .

As the amount of information instantly available at our fingertips has sky-rocketed, we have dealt with the overload by extending our tribalism from opinion to facts themselves. This is called “tribal epistemology” – where information is evaluated primarily by asking whether it supports your tribe’s values, and is being pushed by your tribe’s leaders, rather than by appealing to a sense of objective truth.…

So how do we make our political conversation less toxic? How do we stop bad faith preventing us from discussing politics with people on the other side? How do we stop the current situation, where too many people don’t run for office, or even join the conversation, because they don’t want to step into a swamp? Sometimes, I long for the digital equivalent of Chernobyl’s concrete shell to be built over Twitter, as everyone leaves and we all agree never to mention what happened there ever again.
https://www.newstatesman.com/politics/uk/2018/08/how-britain-political-conversation-turned-toxic

In addition to my concern over what we might call out as bias in reporting abuse I have three other concerns about this piece. The first is with the issue of so-called journalistic objectivity. As a social scientist I have learnt that there is no such thing, not in research nor in journalism, and that it is far better to acknowledge our subjectivity rather than hide behind objective impossibility (for more see : http://arwenackcerebrals.blogspot.com/2017/10/bias-truth-trust-what-media-can-learn.htmll). As an aside here it’s interesting to note that left-leaning commentators are almost always ‘outed’ as a ‘Corbyn supporter’ or ‘left-wing writer’ whereas there is no similar introduction to those who clearly favour Theresa May and/or right-wing politicians and Parties. My second additional concern is the lack of attention by Lewis as to what people are ANGRY about. As Steve Topple pointed out:

And a twitter conversation I contributed to (remember to read from the bottom up):

And see similar by Tom London:

And finally in terms of Lewis' argument is the growing (it seems) clamour to shut down/up the voices of those not in positions of power who have little enough space or opportunity to make their/our concerns heard.

I have almost completely given up watching or listening to the news preferring to get my daily political education through reading (online). Every now and again I try the TV or the radio but this almost always results in my writing a letter of complaint (always dismissed), and/or turning off in disgust. Instead I read and re-read articles and Blogs (and sometimes watch news clips online) about the same issue in various different outputs (MSM and alternative). I also follow people on twitter who are experts – both through life experience and education - and discuss (face-to-face and online) issues and concerns with others. I appreciate that I am, just like everyone else is, guilty of what Lewis (see above) calls ‘tribal epistemology’. But, and this is I think a big but, I accept this and attempt to find out about other(s') positions and perspectives, to read widely and think carefully. I strongly believe that there are some – politicians and journalists – who have such a strong sense of entitlement, such a humongous amount of self-worth that they are unable to ever engage in any self-reflection or critique.

It is perhaps obvious that the main reason I have stopped watching the news and political programmes live is for self-protection. I have learned that it is much better for my mental well-being to read around, or follow a twitter discussion, about a topic/item before listening or watching the 'news', in order to prepare myself; often for the worst. I know I am not alone in this. This afternoon I was in a shop. A radio was playing and after a few minutes the BBC news came on. My stomach clenched with what has become a familiar anxiety. Sure enough the first item was a report of Chuka Umunna’s speech today. Amongst other things the report included him saying that not only were ‘centre-left’ politicians at risk in 'Corbyn’s Labour Party' but so were ‘centre-left’ values, such as ‘anti-racism’. The implication of course being that those of us supposedly on the ‘hard-left’ are both bullies and racists. I left the shop. . . .

So, for some respite, to calm by tangled nerves, let’s turn to some alternative perspectives:

MAKES SENSE TO ME. 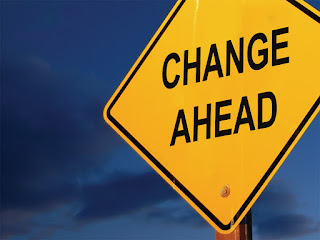 With Blogs in mind I found this recent one by Jonathan Cook very useful:

Our political language is rupturing because we are now completely divided. There is no middle ground, no social compact, no consensus. The dissenters understand that the current system is broken and that we need radical change, while the trusters hold desperately to the hope that the system will continue to be workable with modifications and minor reforms. . . .We are arriving at a moment called a paradigm shift [my emphasis]. That is when the cracks in a system become so obvious they can no longer be credibly denied. Those vested in the old system scream and shout, they buy themselves a little time with increasingly repressive measures, but the house is moments away from falling. . .

We are now at the point where the corporate elite can see the cracks are widening but they remain in denial. They are entering the tantrum phase, screaming and shouting at their enemies, and readying to implement ever-more repressive measures to maintain their power.

No one, least of all the corporate elite, knows precisely where this process might lead, what capacities we have for political, social and spiritual growth.

And what the elite don’t own or control, they fear.
https://www.jonathan-cook.net/blog/2018-08-26/corbyn-trust-deficit/
Cook's focus on a ‘paradigm shift’ and on the significance of social media as a place where ‘the many’ can engage with and challenge the views and the values of ‘the few’ clearly demonstrates the fear the establishment have of the very many, and growing numbers, of us every day folk who not only care about, but are also working for a #PoliticsofHope, for #LaboursVisionforBritain.
Alongside the argument that twitter is a ‘hellhole’ and a ‘cesspit’ (a regular claim by some journalists and MPs) another criticism is that, much of the alternative media and citizen journalism (this piece being an example I humbly suggest) is that is it partisan; biased. I have in this piece both challenged, and hopefully highlighted, some of the reasons for, the first critique. With reference to the latter all I can say is ‘well yes of course it is’ as is ALL media, which if everyone engaged in political and journalistic discussion would only admit, we could perhaps at least, at last, begin a more honest, less hostile, more thoughtful debate. I'm not holding my breath.

A few days ago I read a SKY news-piece quoting experts arguing that a social media free September could improve one’s mental health
https://news.sky.com/story/go-social-media-cold-turkey-in-scroll-free-september-11486150 I know that is not true for me (and I would guess many others also):

This piece is part of a series.

For Just a FEW things you might not know if you rely on mainstream media (MSM) PART ONE: political business as usual #GTTO see http://arwenackcerebrals.blogspot.com/2018/09/just-few-things-you-might-not-know-if.html

AND Just a FEW things you might not know if you rely on mainstream media (MSM) PART ONE: political business as usual #LaboursVisionforBritain (and the world) to follow soon.