Plenty of Tricks BUT a Paucity of Treats | #noconfidence

"The Tories need to sort themselves out, because when we get into government we'll need an effective opposition".
John McDonnell 20th June 2017 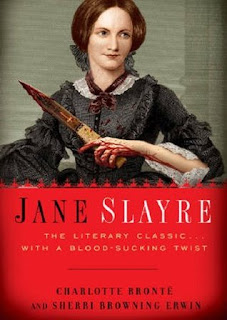 One of my (not so) guilty pleasures is zombie and vampire literature, TV and film, particularly when there is an element of the comic involved. I’ve watched both the film Shaun of the Dead and the TV series Buffy the Vampire Slayer  a number of times. I also devoured (if you’ll pardon the pun) Pride and Prejudice and Zombies and Jane Slayer (zombies, vampires and werewolves in this one) enjoying the gentle fun poking of two of my favourite books. Some definitions:

ZOMBIE - (in popular fiction) a person or reanimated corpse that has been turned into a creature capable of movement but not of rational thought, which feeds on human flesh and brains. A person who is or appears lifeless, apathetic, or completely unresponsive to their surroundings.

VAMPIRE - (in European folklore) a corpse supposed to leave its grave at night to drink the blood of the living by biting their necks with long pointed canine teeth. A person who preys ruthlessly on others.

Since the general election in June there have been many references to the 'zombie PM' and the 'zombie government' with the insistence by many that both are in office but without any power. I could cite a number of arguments in support of this view; not least, in terms of the need for support from the Democratic Unionist Party (DUP), backtracking, U-turns, the adoption of Labour lite policies and practices, the lack of forward movement on Brexit .... I'll write more on some of these another time, for now my focus is on Opposition Day Debates (and votes), and related issues:

Opposition Day Debates are symbolic, chosen by the opposition, and not binding in government. The Conservatives, who are currently not turning up to vote following these debates, accuse the opposition of political game-playing, and yet the Speaker of the House of Commons, John Bercow, in turn has accused the government of making a mockery of parliamentary procedure:

Following one such debate and vote on the 18th October  - 299 – 0 - to ‘pause and fix’ the roll out of Universal Credit many  – politicians, journalists and others – have called out the government’s cowardice in their refusal to vote adding that this also demonstrates the the government's lack of confidence in its own policies and reforms and also highlights their dismissiveness towards the people the welfare reform is supposed to help:

Those who need benefits will continue to be plunged suddenly into pennilessness beyond their control, evicted or refused a home, unable to access the financial help they need, have their children go hungry, rely on food banks, face barriers when trying to work part-time and care for children, be forced into debt, and vulnerable to domestic abuse.
https://www.newstatesman.com/politics/welfare/2017/10/tories-lost-universal-credit-vote-why-doesn-t-it-count


Add to this the evidence that austerity as a political approach does not work:

Despite years of painful austerity, the UK’s level of public spending is today no lower as a share of national income than it was after 11 years of a Labour government in 2008, according to a report by the Institute of Fiscal Studies.

The major report from the UK’s leading economic think tank shows that deep cuts have left the NHS, schools and prisons in a “fragile state”, and have merely returned public spending to pre-financial crisis levels.

The document presents a challenge to claims that Conservative-driven austerity saved the public finances following years of Labour overspending....

The body sets out areas where continuing austerity is having its greatest impact on services, citing “clear signs of strain” in the NHS. It adds: “Both the four-hour A&E target and the 18-week waiting period target are being missed nationally. “The indicators paint a worrying picture for prisons, which, unlike the NHS, have seen large real-terms cuts (over 20 per cent) since 2009-10...."

The Shadow Chancellor John McDonnell said: “The IFS have today confirmed seven years of Tory austerity policies have failed to drive up investment and productivity, with serious potential consequences for the public finances.Tory economic failure means wages and salaries are lower today than when they came to power, and still falling, whilst their mishandling of Brexit is now also adding to the uncertainty around future borrowing plans."
http://www.independent.co.uk/news/uk/politics/uk-public-spending-same-2008-ifs-ten-years-austerity-national-income-labour-tory-government-a8023511.html

So, as Frances Ryan recently writes:

Up to half a million disabled people … and their families will be financially worse off under universal credit, according to disability charities, through the removal of the disability premiums, as well as cuts to child disability payments, which could affect 100,000 children at an annual loss of £1,000. Ask the Department for Work and Pensions (DWP) and it states that the support given by SDP is now provided through personal independence payments, (Pip) and social care from local councils, and that “transitional protection” will be available when disabled people are moved from ESA on to universal credit in 2019. But press further, and it turns out that cash-strapped local authorities have no obligation to provide support….


A controversial mandatory “health and work conversation” (HWC) in which they must provide information to a work coach about what jobs they can undertake, or have their benefits sanctioned. This will mean people who are often too ill to get out of bed forced into a jobcentre meeting.... https://www.theguardian.com/society/2017/oct/31/universal-credit-pushing-disabled-people-into-poverty

AND, AND the fact that:


Legal aid cuts have triggered a staggering 99.5 per cent collapse in the number of people receiving state help in benefits cases, the Government has admitted.


Just 440 claimants were given assistance in the last financial year – down from 83,000 in 2012-13, before almost £1bn was swiped from the legal aid budget.
http://www.independent.co.uk/news/uk/politics/legal-aid-cuts-benefits-cases-state-help-dla-esa-ministry-justice-disability-living-allowance-a8028936.html

With all this in mind it's not surprising that many of us have #noconfidence in the government. See twitter on the previous two Thursdays with #noconfidence trending between 9pm - 11pm in competition with #bbcqt (BBC Question Time) and especially @EL4JC for some wonderful short videos. It's happening again tonight if you'd like to join in.

To end, a day or two late, and with apologies to a famous Halloween family:

They're sneaky and they're cruel.
It's clear to any fool.
They'd have us all eat gruel.
The Tory Gov-Er-Ment.

It's clear there's no direction,
And next to no reflection.
So bring on an election,
To end this misery.

Or as Frankie Boyle recently said:


"We have one of the most ghoulish cabinets in recent history, packed with figures who can go out on Halloween as themselves."