Following on from Sex, Gender and All the Rest | Hidden, Airbrushed, Suppressed and Oppressed PART ONE (adverts, jobs, Dr Who etc.)  http://arwenackcerebrals.blogspot.co.uk/2017/07/sex-gender-and-all-rest-hidden.html here I consider specifically the issue of non/parenthood, reproduction and reproductive rights. NB: for anyone who is watching the second series of Top of the Lake (BBC 2) and hasn’t seen the whole of it yet there is a spoiler or two.

I have been researching and writing about the reproductive experience, identity and rights of and for girls and women, and to a lesser extent, of and for boys and men, for 28 years. Just a couple of examples follow:

It is commonly assumed at the issue of reproductive health is ‘woman’s business’ and arguably for some women this assumption has been instrumental in their control over reproduction. It has also been the cornerstone of many feminist campaigns, which have demanded the right for women to ‘control their own bodies’ … However, the majority of women do not make reproductive choices in isolation from men (Earle and Letherby, 2003) and men both as medics and as partners have significant influence … (Marchbank and Letherby 2014: 234-235)

Motherhood is lauded as inevitable and desirable for all BUT only if achieved in the so-called RIGHT social and material circumstances. It is very easy for one’s ‘choices’ to be labelled as inappropriate and for one’s identity as mother or not to be frowned upon. For example, teenage mothers are often labelled irresponsible and those who seek technological help to conceive may be accused of ‘playing God’. Furthermore, there is a hierarchy of motherhood in that biological motherhood is often defined (in relation to social motherhood) as ‘real’ and ‘natural’. Thus, just as it is possible to be other than mother, it is also possible to be an other mother. . . .  (Letherby forthcoming).

So girls and women's reproductive choices and experiences are often controlled and/or judged by others. One of Donald Trump’s first orders as president was to sign a memorandum reinstating a policy that originated under Ronald Regan's presidency:

. . . .prohibiting the granting of American foreign aid to health providers abroad who discuss abortion as a family-planning option. . .  It freezes funding to nongovernmental organizations in poor countries if they offer abortion counseling or if they advocate the right to seek abortion in their countries. https://www.nytimes.com/2017/01/23/world/trump-ban-foreign-aid-abortions.html

In the UK following the general election in June 2017 and the subsequent ‘confidence and supply’ arrangement, it is likely that the Democratic Unionist Party (DUP) will support the Conservative Government in key votes (e.g. the Queen’s Speech (already passed), Budgets, Brexit and security matters). There remains many concerns regarding this relationship including those surrounding women’s basic reproductive rights. The DUP has consistently opposed the extension of the 1967 Abortion Action to Northern Ireland ‘forcing women either to cross the channel for abortions they must fund themselves, risk prosecution for procuring abortion pills, or to carry pregnancies to term even if their foetus has no hope of survival' http://www.newstatesman.com/2017/06/deal-dup-just-another-sign-tory-disregard-womens-rights


Perhaps we shouldn’t be surprised then, as Pam Lowe’s research has found, that ‘anti-abortion activism’ outside clinics in Britain is changing:

British activists have prayed outside clinics before, but the targeting of specific clinics, especially by people who are paid to be there, the focus on pavement counselling and the use of graphic images are the kind of tactics seen in the US, where the anti-abortion movement is more aggressive  and has included vandalism, arson and shootings. http://theconversation.com/anti-abortion-activists-take-a-worrying-new-approach-to-clinic-campaigns-67174

Lowe argues that the concern of activists is a much about ‘saving’ women, who are 'ignorant' about the 'reality' of abortion, as it is about 'saving the foetus'.

Saving women from themselves seems also to have been the motivation of Boots, Britain’s largest chemist chain, when it recently announced it did not intend to lower its price for the morning after pill (MAP) following a request to do so by the British Pregnancy Advisory Service (BPAS). The justification given was that Boots did not want to be accused of ‘incentivising inappropriate use’. Following a petition that received more than 25,000 signatures and a letter signed by 35 female Labour MPs Boots apologised:

Pharmacy and care for customers are at the heart of everything we do and as such we are truly sorry that our poor choice of words in describing our position on emergency hormonal contraception (EHC) has caused offence and misunderstanding, and we sincerely apologise. http://news.sky.com/story/boots-truly-sorry-after-morning-after-pill-cost-row-10957163 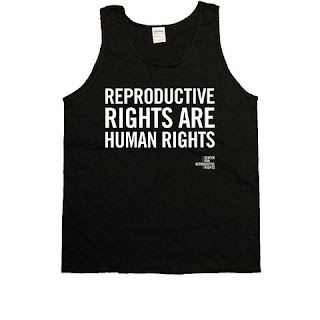 Labour’s response to this was, quite rightly I think, to acknowledge the apology but to also question the use of the reference to a ‘misunderstanding’ given Boots' infantilisation of and moral judgement on women.

Research and autobiographical accounts contest that whilst women (and men) who are unable to have children often feel pitied by others those that decide not to become parents are often stereotyped as selfish. As I have argued for many, many years such labelling is simplistic and offensive (Letherby 1994, 2002, forthcoming) for the reality of ‘living without children’ just like life as mother or father, is always more complicated in reality. One (just one) inaccurate assumption concerns the issue of relationships. Thus:
… the only words to describe a woman who does not mother children is in reference to what she does not have: not mother, nonmother, ‘childless’, ‘childfree’. All of which (and perhaps particularly the last two) are most likely a simplistic, and often inaccurate, description of a woman’s actual experience (e.g. as godmother/guardian, aunt, friend, nurse, teacher. (Letherby forthcoming).
Despite this it seems that cultural depictions of women who do not mother (biologically related) children still often draw on oversimplified caricatures. The 2015 novel (I couldn’t bear to go and watch the film but hear it was as bad) The Girl on the Train and the 2016 BBC drama The Replacement were each guilty of this. In both outputs the women who do not mother biological children/do not have children of 'their own' are damaged, disturbed, unbalanced. Here, it seems we have moved on from pity as the ‘childless woman’ is depicted as not only lesser but as a danger to herself and to others.
Along with many others I am currently gripped by Channel 4's depiction of The Handmaid’s Tale. It’s a long time since I read the book, which was published in 1985, but as I watch I remember it well. In a recent article the author Margaret Atwood wrote: ‘The control of women and babies has been a feature of every repressive regime on the planet’. Also commenting on Trump’s vision for healthcare Atwood added:
Who knew that this would ever have to be defended? Childbirth care, pre-natal care, early childhood care – many people will not even be able to afford any of it. Dead bodies on the floor will result. It is frightful. https://qz.com/930626/margaret-atwood-explains-why-the-handmaids-tale-is-so-compelling//
Given the current and proposed attacks on the NHS (e.g. https://fullfact.org/health/is-nhs-in-crisis/
https://www.theguardian.com/society/2017/mar/18/nhs-eu-nurses-quit-record-numbers
https://www.thecanary.co/2017/06/27/jeremy-hunt-quietly-selling-off-crucial-part-nhs-thats-saving-us-millions/ ) we, in the UK, should be similarly worried and outraged.
As in The Handmaid’s Tale the themes of sexual and reproductive violence and exploitation take centre stage in the second series of Top the of Lake (China Girl). Also highlighted, I think, are the differences between women who mother children and women who do not and women who are able to bear and give birth to children and women who can not. All the women in The Handmaid’s Tale – the handmaid’s, the wives, the Martha’s (servants), even the aunts (who train and have considerable power over the handmaids) – are victims within the ultra-religious, patriarchal Republic of Gilead (once the USA). Many of the women in Top of the Lake (China Girl) whether (biological) mothers or not experience reproductive disruption and/or lack of control and some are abused and manipulated emotionally, materially and sexually. And (am I the only one to notice this?):
-      both of these series are currently on terrestrial TV,
-      the hero in each is played by the same actor Elizabeth Moss,
-      both Offred (Handmaid’s) and Detective Robin Griffin (China Girl) are mothers who (in different) ways have lost their daughter/had their daughter ‘taken from them’.
-      And in each case there are subtle and not so subtle suggestions that biologically childless women are at best distressed and desperate, in need of pity and help and at worst villains colluding with, even initiating, the exploitation of their sisters.

Don’t get me wrong I am enjoying both of these representations and I welcome the serious consideration of reproductive and human rights. What I hope for though are more, many more, representations – in adverts, books and films and also by politicians and others in powerful positions – that break free from stereotypes (in terms of roles and abilities) and focus on women (and men) as complex, holistic beings in their (our) own right, irrespective of either domestic or public expectations. Roll on Doctor Who No 13 (here's hoping) ….

****
In this two part blog entry focusing on Sex and Gender I have focused largely on issues that concern girls and women. Yet, I do not, and never would, deny that the gender order works against men also and that at times men’s and women’s experience of disadvantage intersects as class, ethnicity, sexuality, age (and so on, and so on) impact on our life chances and challenges. All of our lives are affected differently by the different aspects of our identity as different times. At the Auto/Biography conference (mentioned at the start of Part One of this piece) I attended recently alongside papers highlighting the contribution of women war correspondents; the value of sisterhood (both biological and social); academic achievement and advancement through the female family line (and more) there were also papers on the significance of childlessness in men’s lives (presented by Robin Hadley and particularly relevant here given my discussion above); men’s reflection on gender roles following traumatic brain injury and male undergraduates negotiating masculinity (and more). Read also this piece which explains how age and masculinity are significant with reference to suicide and mid-life men.  http://www.independent.co.uk/voices/chester-bennington-chris-cornell-suicide-men-middle-aged-a7854476.html

With all of this in mind I can only paraphrase Christine Di Stephano (1990) and agree with her that sex and gender are differences that make a difference even if they are not the only differences, or even the defining features of a person’s life.

Letherby, G. (1994) ‘Mother or Not, Mother or What?: problems of definition and identity’ Women’s Studies International Forum 17:5

Letherby. G. (2002) ‘Childless and Bereft?: stereotypes and realities in relation to ‘voluntary’ and ‘involuntary childlessness and womanhood’ Sociological Inquiry 72:1

Letherby, G. (forthcoming) ‘To Be or Not to Be (a mother): thinking about mothers and others through literature and social science’ in Browne, V. Giorgio, A. Jeremiah, E. Six, A. L. and Rye, G. (eds.) Motherhood in Literature and Culture: Interdisciplinary Perspectives from Europe  London: Routledge