Yesterday the Department of Work and Pensions (DWP) outdid itself.  As Anoosh Chakelian wrote: ‘nothing says love like perpetuating the damaging societal myth of benefit scroungers via a cutesy gif’. She was referring to the following tweet by @dwppressoffice:

‘Claiming to be living alone is one of the most common types of benefit fraud – don’t ruin #ValentinesDay by failing to declare your true circumstances.' (Accompanied by a gif complete with Valentines' hearts, there is also a link to an article in the Daily Express with the title ‘Valentine's fraud WARNING: Crackdown issued on couples who pose as single to cheat taxman’.)

And yet, as Chakelian reminds us:

The government estimates 1.1 per cent of benefits are paid out fraudulently claimed (in 2015-16). But even this minute proportion comes under the category of "overpayment", which includes honest mistakes on both sides. So only a tiny minority of people are fraudulently claiming.
https://www.newstatesman.com/politics/welfare/2018/02/full-horror-department-work-pensions-valentine-message

Not surprisingly there has been much criticism of the tweet in both the mainstream media and social media. I'm merely adding my own personal incredulity here. But/And there's more. In the last couple of days @DWP have also tweeted:

'You know how to make the perfect pancake. But do you know how much your State Pension could be?'

'You know you'll be getting chocolates this Valentine's Day. But do you know how much our State Pension could be?'

Both a little ironic given the ongoing dispute with the Waspi Women (Woman Against State Pension Inequality Campaign)
https://www.facebook.com/WASPICampaign/

Compare all of this with the government's warning message to those who favour tax avoidance and evasion. Oh sorry, NO, silly me, for that we need to look to the leader of the opposition:

@jeremycorbyn 'It's not that the Tories can't take action to clamp down on tax havens, they won't because they're in the pockets of big business. Labour can and we will.' (Accompanied by one of several reports on such issues he has tweeted recently  http://www.bbc.co.uk/news/business-42666274)

ON THE OTHER HAND 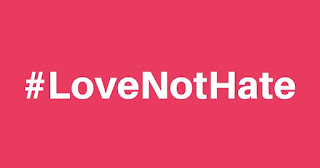 Drawing in places on the words of others I’ve written a few words on this:

With too few people still without a permanent home,

Despite promises made of new homes for all within three weeks,

Eight months on temporary accommodation still for too many adults, children, families.
#justiceforgrenfell

With 71 people at least who have died,

Shout out for 'Grenfell United', a group of survivors, fighting, for an inquiry that 'provides answers and triggers change’ and ‘to make sure that the lives that we lost were not lost for nothing.’
https://www.theguardian.com/uk-news/2018/jan/25/people-have-been-so-strong-how-grenfell-united-is-fighting-for-justice
#justiceforgrenfell

With ‘the government risking another Grenfell disaster’,

'As of last month, 299 of 312 high rise buildings with Grenfell-style cladding have failed safety tests, and only three of these buildings have completed cladding replacement’,

Add to this the continued quibbling over the introduction of sprinklers demonstrating a 'culture of denial amongst ministers'.
https://labourlist.org/2018/02/diane-abbott-the-government-is-risking-another-grenfell-disaster/
#justiceforgrenfell

With firefighters, as well as survivors and a community, still suffering the aftereffects,

Yet, thankfully, with firefighters running marathons (donate here if you would like to http://www.london-fire.gov.uk/news/LatestNewsReleases_0702201820_marathon_grenfell.asp#.WoQ0SqjFLI) plus crowd funded story collections (see @twenty4stories to join in) and funded holidays by the sea (e.g. Cornwall Hugs Grenfell https://www.facebook.com/holidaysforheroes/),

The power of love and of empathy shines through.
#justiceforgrenfell

(Because of all this and) With people walking in silence on the 14th day of every month,

We will not forget Grenfell.

The tower a monument to inequality and injustice.

The silent walk, alongside other examples of love, of support and of solidarity a triumph of hope.
#justiceforgrenfell 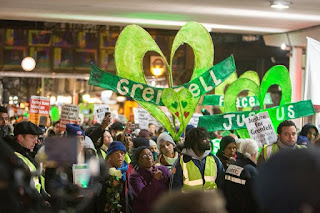